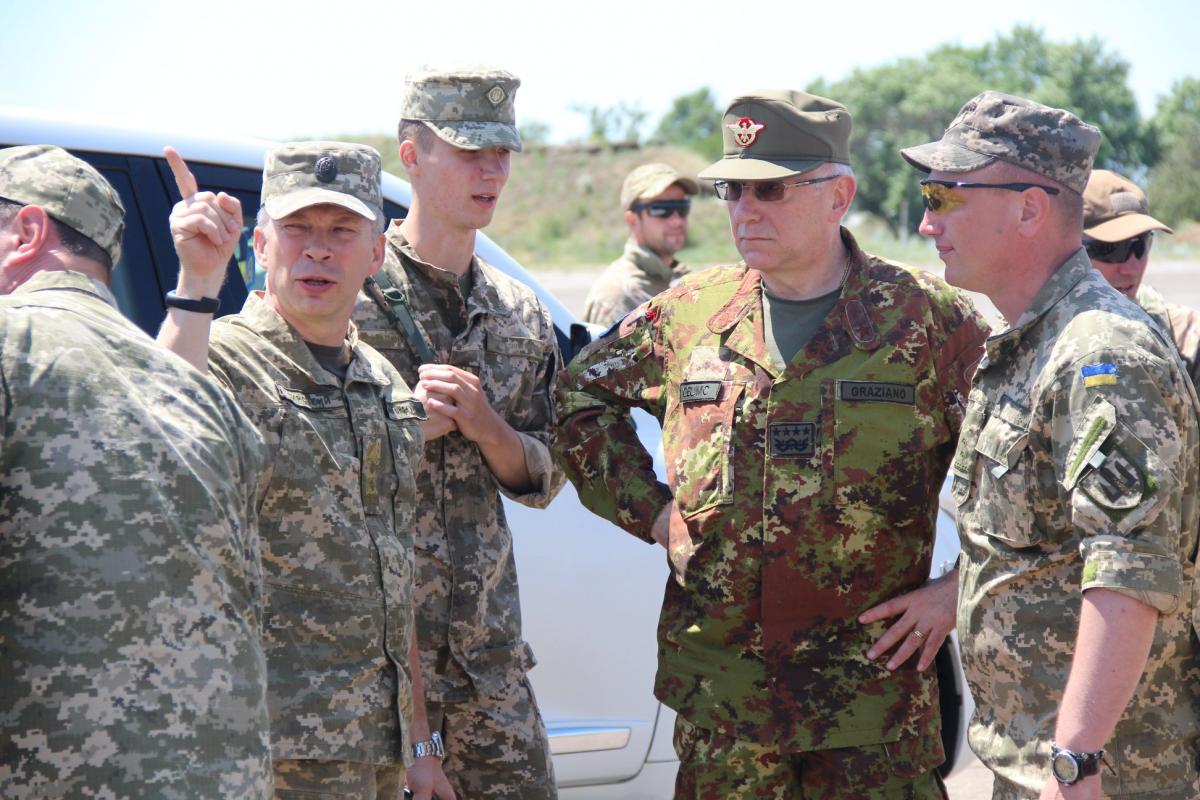 A European Union military delegation led by Chairman of the EU Military Committee, General Claudio Graziano, has paid a visit to the zone of the Joint Forces Operation.

JF Commander Lieutenant-General Oleksandr Syrskiy briefed EU officials on the current security situation in the warzone, according to the press center of Joint Forces Operation HQ.

The Ukrainian military official also showed partners material evidence of the presence of Russian troops in the Ukrainian Donbas and informed the chairman of the EU Military Committee on the progress of humanitarian demining in Donetsk and Luhansk regions.

In addition, the JF Commander discussed with General Graziano specific issues of the process of separation of warring parties in Luhansk region.

Graziano noted that he had arrived in Ukraine to learn about the actual military-operational situation in the region and hold meetings with officials of the Ministry of Defense, the General Staff of the Armed Forces of Ukraine, and Joint Forces Operation.

If you see a spelling error on our site, select it and press Ctrl+Enter
Tags:DonbasRussianAggressionEuropeanUniondelegationjointforcesJFO