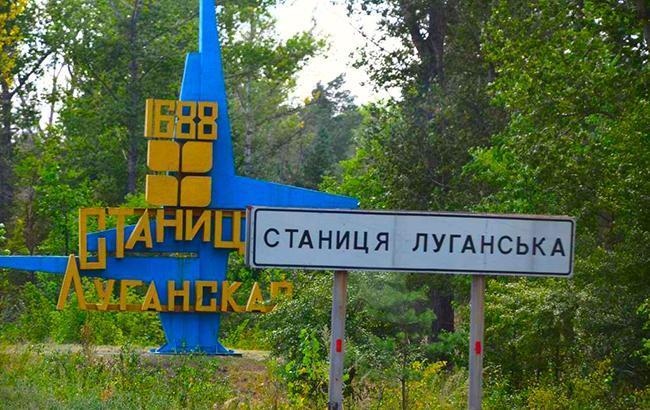 Russian-led forces are still present near the village of Stanytsia Luhanska following statements about the "disengagement" of their troops, according to a spokesman for Ukraine's Defense Ministry, Dmytro Hutsuliak.

"The groups of servicemen of the Russian occupation forces posing as local residents, sporting civilian clothes, are still present in the area of the village of Stanytsia Luhanska, from where, the enemy said, their troops were withdrawn," Hutsuliak told a briefing on Tuesday.

Read also"Burned down to a frame": Photos released of Ukrainian medical vehicle hit by enemy in Donbas

According to the Defense Ministry's Main Intelligence Directorate, Russian occupation command through media outlets under their control spreads rumors about Ukraine's non-compliance with the agreement on the withdrawal of troops and the return of the Ukrainian units to their previous positions. Film crews, including those of leading Russian TV channels, are involved in the preparation of relevant fake reports.

As UNIAN reported earlier, the first stage of disengagement of forces was launched near Stanytsia Luhanska on June 26, completing on June 30. It was officially confirmed by the OSCE Special Monitoring Mission to Ukraine.

If you see a spelling error on our site, select it and press Ctrl+Enter
Tags:RussiawarDonbasRussianAggressionintelligenceenemyviolationsStanytsiaLuhanskadisengagement