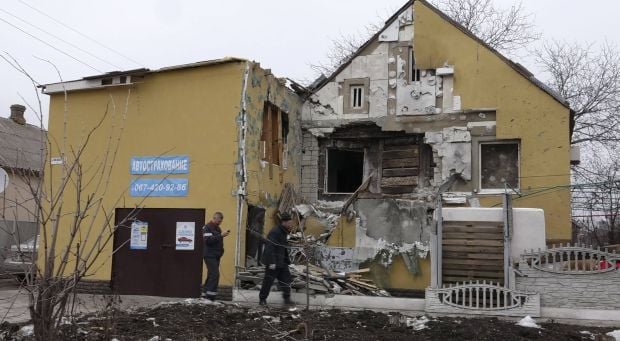 "The man was brought from the village of Shyrokyne to the Mariupol morgue by Red Cross employees," the press service of Mariupol city police subordinate to the Ukrainian Interior Ministry's main department in Donetsk region reported.

The preliminary cause of the death is a shrapnel wound. It was established that the man was fatally wounded at 2255 Kyiv time on March 26 during a mortar attack by Russian-backed militants. The body has been identified already.

The police reported they had opened a criminal case under Part 1 of Article 115 "Murder" of the Criminal Code of Ukraine. The punishment for the crime is imprisonment for up to 15 years.

As UNIAN reported, the militants shell the village of Shyrokyne every day, despite the announced ceasefire.

A battle in Shyrokyne is currently under way on Friday evening, the enemy is attempting to advance in the direction of Mariupol.

No casualty report has arrived yet.