The OSCE Special Monitoring Mission (SMM) to Ukraine claims its cars were not targeted during shelling by Russian-backed militants in the village of Shyrokyne, eastern Ukraine, on Friday. 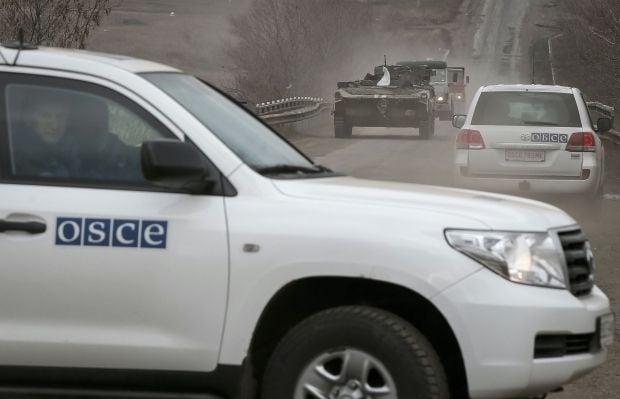 "FACT CHECK: In response to media reports SMM to Ukraine confirms NO fire targeted at our vehicles today in #Shyrokyne," the mission's press service wrote on Twitter.

Press officer of the Mariupol sector Oleh Sushynsky earlier announced that militants in Shyrokyne had shelled an OSCE SMM car. No casualties were reported, he said.