A group of Russian-backed militants have been sent from positions north of the village of Shyrokyne to Novoazovsk, while being replaced by an armored group of three tanks and four armored fighting vehicles, head of the Information Resistance group Dmytro Tymchuk wrote on his Facebook page on Tuesday. 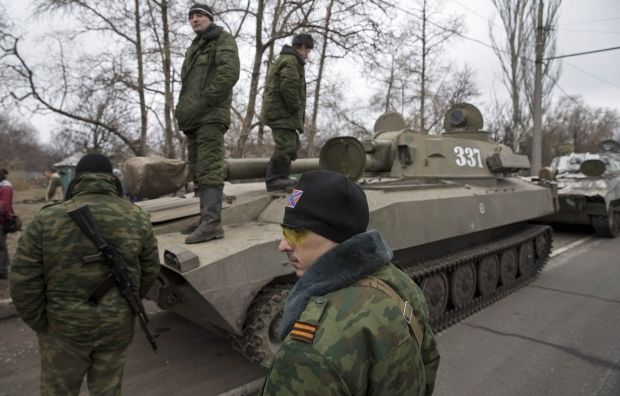 Later, according to Tymchuk, a formation of 70-80 people with mortars and 30mm automatic grenade launchers arrived there by truck.

"The Russian-backed militants continue to increase the combat potential of their units via the supply of material resources from Russia," he said.

"During the last day we have recorded the movement of about 28 transport units, mainly through the ‘northern’ route," Tymchuk said.

"The militants continue to transfer the material and technical resources from Luhansk and Lutuhyne, as well as through Krasniy Luch to Debaltseve, Stakhanov and Pervomaisk," he said.