Two Ukrainian soldiers have been injured as a result of military clashes with Russian-backed militants in Luhansk region, the press service of the Chairman of the Luhansk Regional State Administration Hennadiy Moskal said on Wednesday. 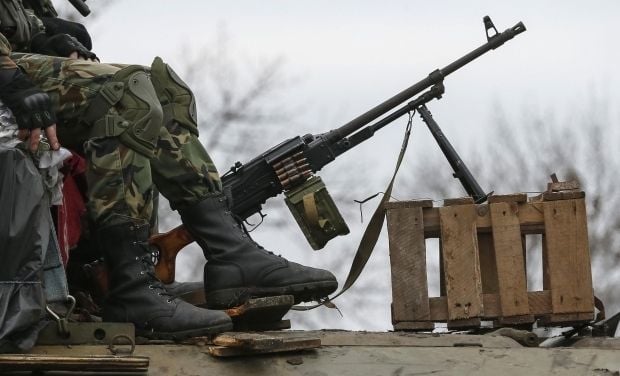 According to Moskal, on March 31 a reconnaissance-subversive group of militants arrived on territory controlled by Ukraine near the village of Syze in Stanychno-Luhanskiy district and attacked the Ukrainian military, during which one Ukrainian soldier was slightly injured. There is no threat to his life.

"The same day, near the village of Kamyshne in Stanychno-Luhanskiy district a 30-year-old Ukrainian soldier, a resident of Lviv, hit a tripwire and was injured by an anti-personnel mine. The injured soldier was hospitalized," Moskal said.

"In general, on March 31 fighting was observed in several areas: the militants and Ukrainian soldiers continued shelling near the village of Krymske.

“The detonation of mines was heard on the Bakhmutka highway in the villages of Stanytsia Luhanska and Troitske. We have no information about casualties or destruction of infrastructure."