On this day five years ago, the settlements were freed from Russian occupation forces. 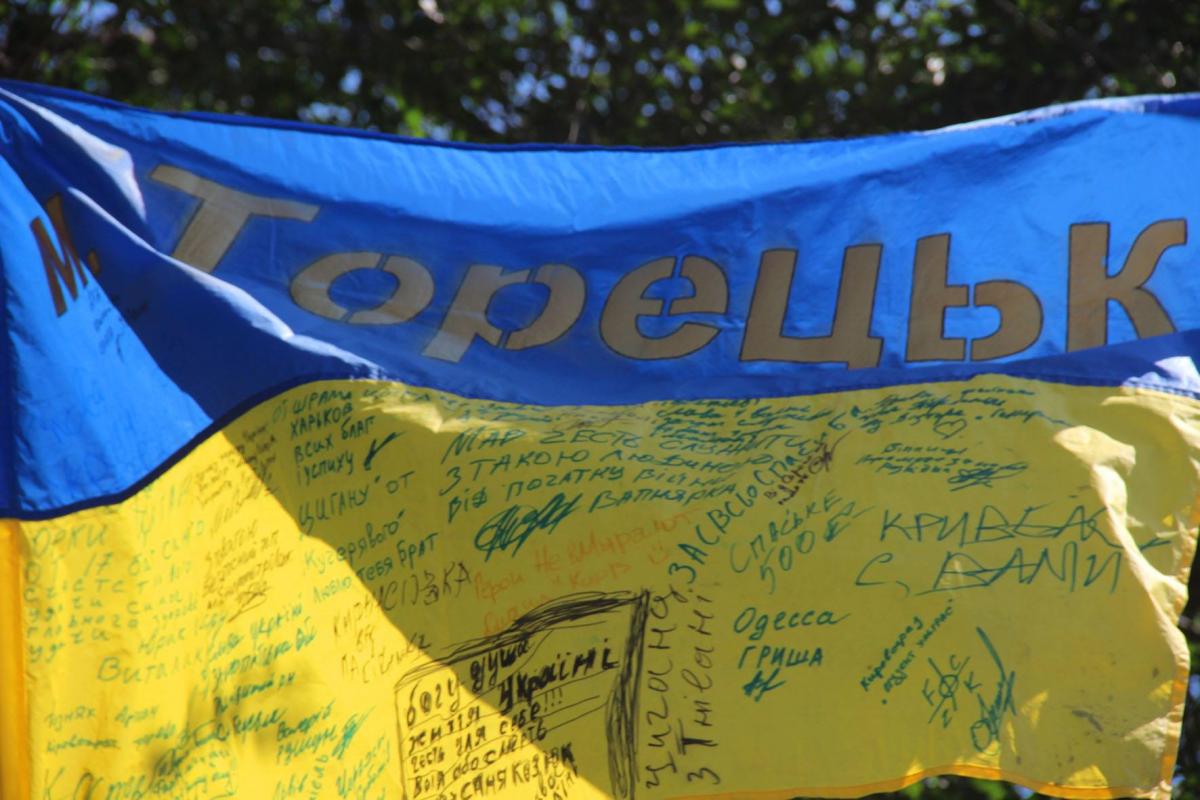 Five years ago, on July 21, 2014, the combined assault squad of the Ukrainian Army liberated the mining town of Toretsk (Dzerzhinsk) from Russian invaders, as noted by the Ministry of Defense of Ukraine.

Ukrainians held their ground firmly, the ministry recalls, adding that the armed gangs had suffered heavy losses and, abandoning their heavy weaponry, fled to Horlivka and Donetsk.

In the evening of July 21, the Ukrainian Army was in complete control of Toretsk and flew the national flag over the local council.

Also on July 21, 2014, Ukrainian forces also liberated from the invaders the town of Rubizhne, Luhansk region. The success was a result of a joint offensive effort by the Armed Forces of Ukraine, the National Guard, police units, and volunteer battalions.

"A powerful strike group of ATO forces surrounded the settlement on the night of July 21. The fighters of the Chernihiv, Aidar, and Luhansk-1 battalions entered the city and entrenched themselves in the territory of the pipe plant. All moves were made as quiet as possible. In several hours, the ATO forces gained control of the police station and the city council," the ministry said.

At 10:00 on July 21, 2014, it was reported that Rubizhne was completely liberated and cleansed of enemy forces. The legitimate Ukrainian authority was restored in town.

If you see a spelling error on our site, select it and press Ctrl+Enter
Tags:RussiaATODonbasRussianAggressionliberationoffensivejointforcesJFO