This was reported by the OSCE Special Monitoring Mission (SMM) to Ukraine based on information received as of 1800 Kyiv time on April 1, 2015. 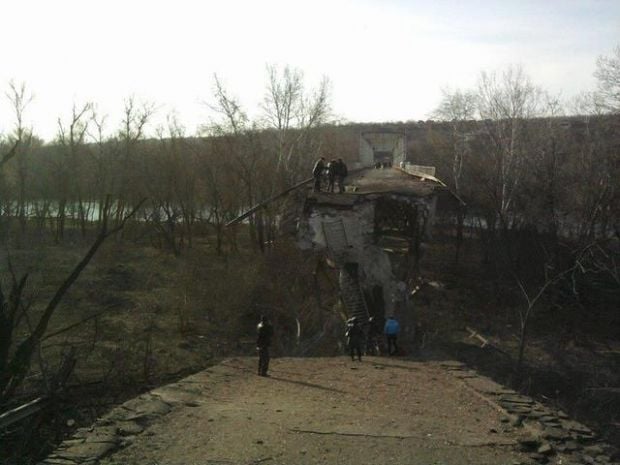 A Stanytsia Luhanska bridge being rebuilt by the sides to the conflict / Photo from moskal.in.ua

"In government-controlled Stanytsia Luhanska (16km north-east of Luhansk), the SMM saw members of the Aidar volunteer battalion, jointly working with two "Lugansk People's Republic" ("LPR") members on the reconstruction of a bridge which had been destroyed on March 19," the OSCE monitors said in the report.

According to the SMM, the mission observed them unloading wooden poles from a truck and spoke to both the Aidar volunteer battalion and "LPR" members.

"The SMM saw the two sides working constructively together," the report reads.

The SMM had earlier visited the bridge in Stanytsia Luhanska to facilitate a meeting between "LPR" members and Ukrainian Armed Forces representatives, to discuss the possibility of their co-operation in reconstructing the bridge to make it usable for pedestrian traffic.