Poroshenko: Ukraine capable of fighting against enemy if truce violated

The Ukrainian armed forces strictly abide by the ceasefire, but they are capable of fighting against the enemy if it violates the truce, Ukrainian President Petro Poroshenko said. The president is confident that "despite the fact that we remain supporters of the peaceful resolution of the conflict, gunpowder must be kept dry." 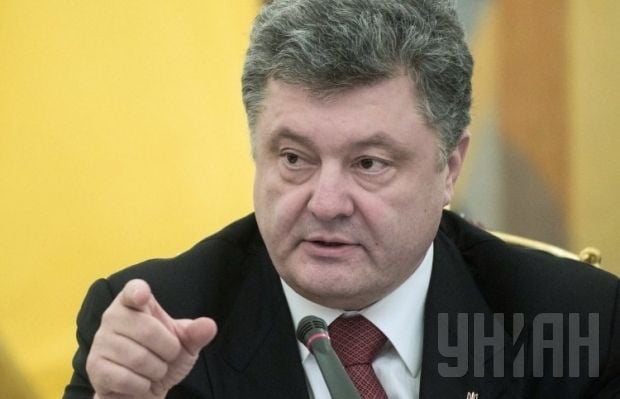 "We want to demonstrate that despite the fact that the Ukrainian Armed Forces strictly comply with the ceasefire regime, we are able to counter the enemy in case of its violation," Petro Poroshenko said at the National Guard's training center in Kyiv region on Saturday, an UNIAN correspondent reported.

New samples of national armament were on display at the center.

"We emphasize that our tanks and armored personnel carriers are used to fight against unemployment: thousands of new jobs have been created at defense enterprises – this is our contribution to the restoration of the industrial potential of Ukraine," Poroshenko said.

At the same time, he added, foreign military equipment provided by the international partners was also displayed at the training center.