Respective requests were sent via OSCE channels, but there was no response with the guarantees. 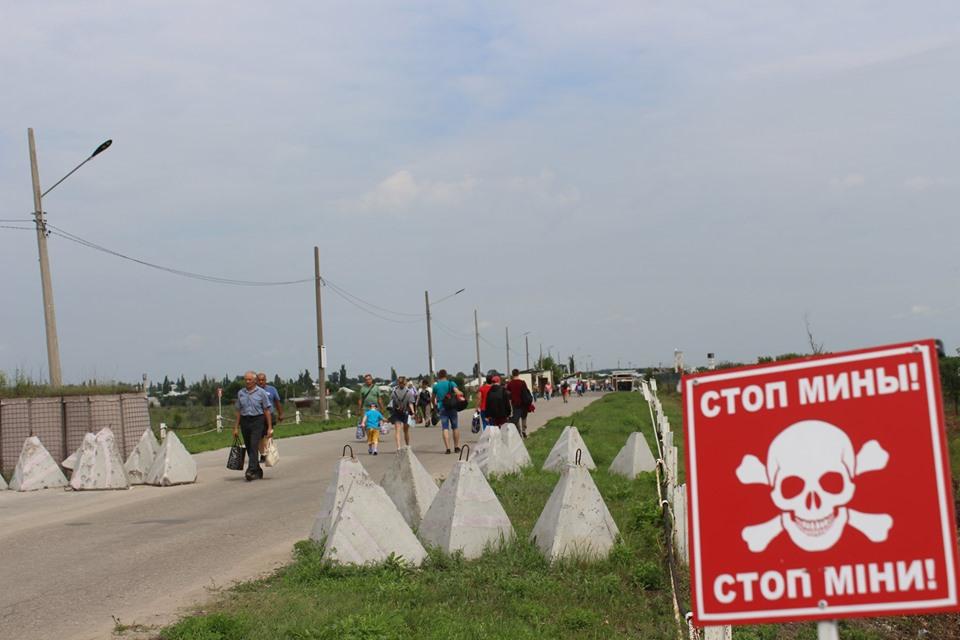 Demining is a priority for the implementation of the Minsk agreements / Photo from facebook.com/pressjfo.news

Ukraine's demining teams are unable to start work near the bridge in the village of Stanytsia Luhanska as illegal armed formations in Donbas have not provided security guarantees for Ukrainian specialists.

"The key cause why repairs to the bridge cannot start is the absence of security guarantees for our mine clearance specialists," the press center of the Joint Forces Operation (JFO) Headquarters said on Facebook on August 4, quoting chief of the Ukrainian team of the Joint Center for the Control and Coordination (JCCC) of the ceasefire and stabilization along the contact line in Donbas Colonel Oleksandr Borschevsky.

Borschevsky said he had met with Mark Etherington, the Deputy Chief Monitor of the OSCE Special Monitoring Mission (SMM) to Ukraine, to discuss the implementation of the Minsk peace agreements on Donbas.

According to the Ukrainian colonel, demining is a priority for the implementation, and it should be done not only at the area close to the local checkpoint but also involve the area near the destroyed bridge. This is necessary for repairing the bridge, he said.

The OSCE SMM is aware that this issue should be addressed, but there is no real confirmation from the Russian occupying administrations and the self-proclaimed "Luhansk People's Republic" itself as for the launch of such works.

Respective requests were sent via OSCE channels, yet there was no response with guarantees for Ukrainian specialists and authorization for the start of their work.

If you see a spelling error on our site, select it and press Ctrl+Enter
Tags:DonbasdeminingRussianAggressionOSCEbridgeStanytsiaLuhanskarepairsJFO