The leaders of the LPR militants are planning to organize an attack on the village of Stanytsia Luhanska in the coming days, Deputy Head of the Anti-Terrorist Operation in the Donetsk and Luhansk regions Colonel Valentyn Fedychev said on Sunday, according to Ukrainian online newspaper Ukrainska Pravda. 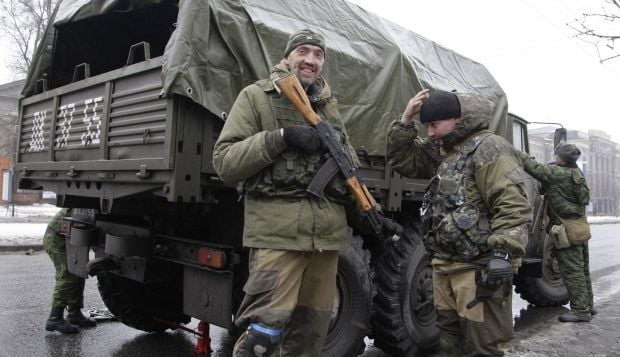 "The LPR organization continues to ‘remove’ the Cossack militants who refuse to fight under the control of the organization's leader, Ihor Plotnytskiy. Such ‘removals’ are carried out by a unit of the fourth brigade of the so-called People's Militia of the LPR. On evening of April 3, a convoy of four Ural trucks with armed men went to carry out such a ‘removal’ in the village of Petrivske near the town of Krasniy Luch," Fedychev said.

"In the town of Perevalsk the local Cossacks received an ultimatum – by the end of April 4 to put themselves under the full command of the LPR," he said.

"Before that, one Cossack was killed and several were injured and arrested as a result of military clashes with the loyal militants of the LPR," Fedychev said.

According to Fedychev, Russian mercenaries are the main strike force of the People's Militia of the LPR.

"On April 3, some Cossacks refused to comply with an order by Plotnytskiy on their disarmament. The Luhansk Cossaks redeployed all available artillery, including 122mm Gvozdika self-propelled artillery, which should have already been withdrawn from the demarcation line, in the direction of Luhansk, to counter the units of the LPR," he said.

"To distract the Luhansk Cossacks from their struggle with the LPR militants, Russian commanders are planning to organize an offensive on the village of Stanytsia Luhanska in the coming days," Fedychev said.

"The Cossacks haven’t forgiven the murder of the commandant of Pervomaisk and blew up the office of the occupation commandant in revenge. However, the leadership of the LPR blamed the Ukrainian authorities for this," Fedychev said.