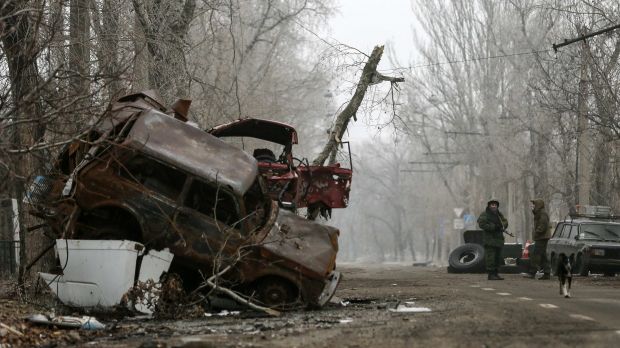 The militants continue to use weapons that should have been withdrawn from the front line under the Minsk peace agreements, the press office said.

In the area of Avdiivka and Mayorka, the militants used automatic grenade launchers and small arms during military clashes.

At around 2000 a reconnaissance drone was spotted flying at a height of 800 meters over the settlement of Vodiane in the direction of the village of Opytne.

Military clashes also erupted in Luhansk region near the settlement of Krymske at 2345.

As UNIAN reported earlier, the militants used banned weapons to attack ATO positions in "M" sector, as the area of the front near the city of Mariupol is known.