Russian-backed militants on Sunday evening attacked the residential complex of the Yuzhnoy mine in Dzerzhynsk with mortars, injuring two teenagers, according to a report from the regional administration of the Interior Ministry in Donetsk region. 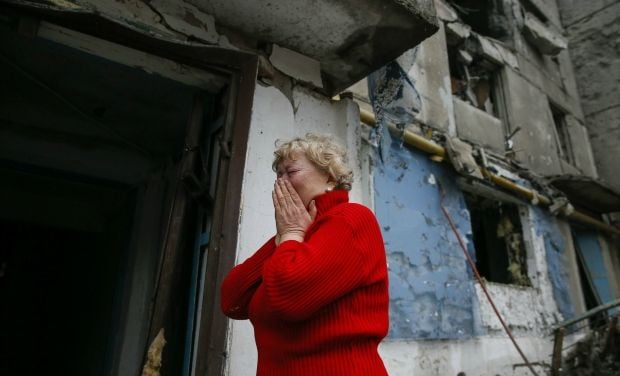 "Mortar shelling of the settlement of the Yuzhnoy mine on the outskirts of Dzerzhynsk at around 1800 caused injuries to two teenagers. The boys were taking their goats to graze on a field at the intersection of streets Zaliznodorozhnia, Lomonosov and Pervomaisk," the statement reads.

According to the ministry, there were several explosions, with mortar shells impacting about six meters away from the children.

"The teens were hit in the body and legs by shrapnel. They were taken to hospital, but their lives are not in danger," the ministry

In another incident, mines exploded near a checkpoint of the Armed Forces of Ukraine, but caused no injuries. A police investigative team has arrived at the scene of the incident.