OSCE: Observers do not give away positions of Ukrainian army 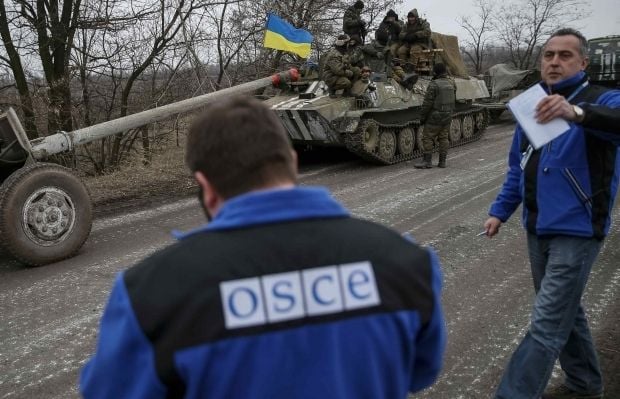 "I can tell you that our colleagues are working in a very close team,” Bociurkiw said.

“When they arrive, they undergo a lot of training, and they sign a code of conduct... They’re working in a close team, they all keep secrets, [and] no one gives information to a third party," he said.

According to Bociurkiw, about 500 observers of the OSCE mission are working in Ukraine, including 350 people on the territory of the Donbas, 24 of whom are delegates from the Russian Federation.

As reported earlier, a member of the Parliamentary Committee on National Security and Defense Andriy Teteruk said that the Russian-backed militants immediately fired on the positions of the Ukrainian armed forces after the OSCE representatives had visited them.

The OSCE is tasked under the Minsk peace accords with overseeing the ceasefire and other measures to bring about peace in the Donbas. However, the organization has complained that it is not being given full access to all areas of the conflict zone.

According to the OSCE, some heavy weapons that were supposed to have been withdrawn from the front line by both sides have been found to be missing from their storage sites, both on the Ukrainian side and on the side of the militants.