Tymchuk: Militants redeploy tactical group of up to 120 people to Shyrokino

Russian-backed militants have redeployed a tactical group of up to 120 people to the area of the village of Shyrokino, head of the Information Resistance group Dmytro Tymchuk wrote on his Facebook page on Monday. 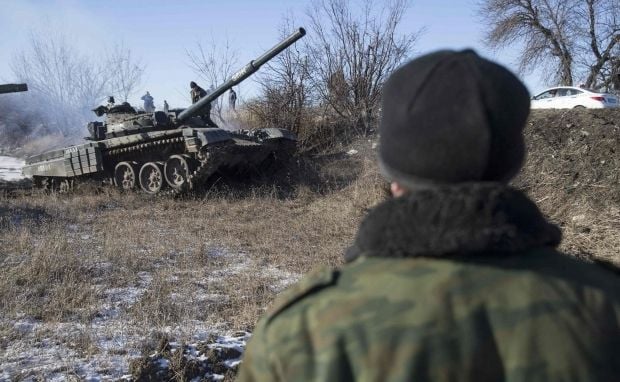 "The supply and rotation of the militant tactical groups in the fighting for the villages of Shyrokino and Pavlopil are still continuing," Tymchuk said.

"A tactical militant group of up to 120 people have been redeployed to the village of Shyrokino," the report says.

"The militants are also regrouping their forces between Donetsk and the village of Frunze. They transferred some of their armored vehicles, including three tanks, towards the village of Novotoshkivka," Tymchuk said.

"At the same time, the Ukrainian armed forces have observed the active movement of forces and equipment of the Russian-backed militants from site to site, and intensive engineering work at several locations," he said.