The Ukrainian side continues preparations for repairing the bridge. 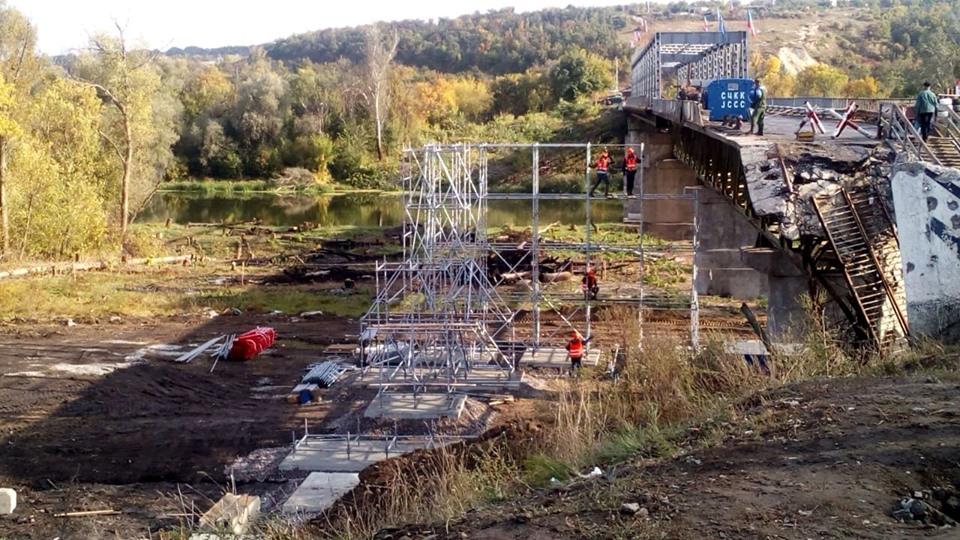 Ukrainian workers  are laying concrete slabs for the foundation of a temporary bridge / Photo from facebook.com/pg/pressjfo.news

Russia-led forces have neither withdrawn their members on duty nor removed their fortifications near the village of Stanytsia Luhanska, Donbas, having thus violated disengagement commitments.

Meanwhile, the Ukrainian side continues preparations for repairing the bridge in Stanytsia Luhanska, one of the first three disengagement locations, Ukrainian members of the Joint Centre for Control and Co-ordination (JCCC) said in a statement on September 22.

In particular, workers of Ukraine's civil engineering firm Ukrtransmist have begun to lay concrete slabs near pier 7 and pier 8 on the left side of the bridge for the foundation of a temporary bridge, it said.

They are installing metal frameworks for piers and coating the right side of the bridge with asphalt. Workers of a Ukrainian-controlled local road maintenance service are removing roadside trash and installing cable rails.

Civil volunteers and members of the Red Cross work 24/7 close to the broken part of the old bridge on the Ukrainian side to provide social assistance to local civilians.