The OSCE special monitoring mission has documented the disappearance of previously withdrawn heavy weapons from militant storage sites, according to the OSCE report for April 19, published on Monday. 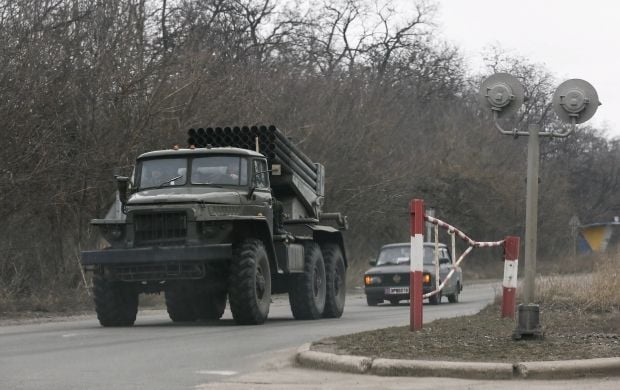 “The SMM returned to six ‘DPR’ heavy weapons holding areas. At three of the six sites the SMM was able to confirm that all weapons previously recorded by the SMM were in situ.,” the report reads.

The mission also recorded the movement of equipment that supposed to have been withdrawn by Ukrainian forces.

“In government-controlled areas the SMM saw the following; a military convoy of two BTR-80s carrying armed personnel, two light military trucks (one carrying armed personnel; one Armored Infantry Fighting Vehicle (A/IFV) (BMP-2) on a trailer travelling west, away from the contact line; one A/IFV (BMP-2), three APC (BTR-70); one MBT T-64 on a trailer and five [other] T-64 tanks,” the report reads.

In the report the SMM “reminded all sides that firing of any weapon, as well as deployment of any heavy weapon, in proscribed areas constitutes a violation of the Minsk agreements, and … that the SMM will continue to report them as such.”