Russia to equip ‘DNR Guard’ only if Russian military in its ranks, says ATO press chief

Russian security services have told the militants that they will provide the “Republican Guard” of the Donetsk People’s Republic militant organization with weapons only if the Russian military is included its ranks, the head of the press center of the ATO headquarters, Colonel Oleksandr Motuzianyk, said at a briefing on Friday, according to an UNIAN correspondent. 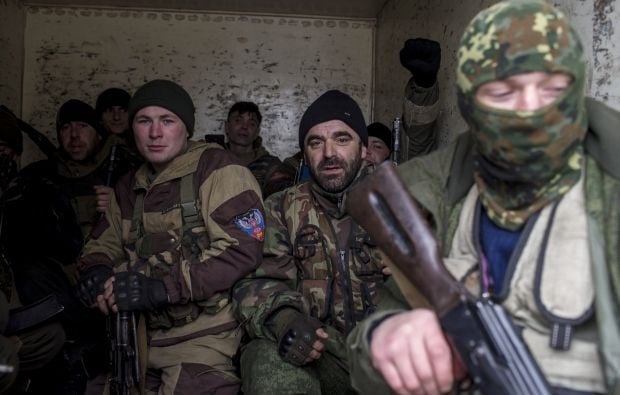 "According to intelligence reports, the Russian special services told their Donbas puppets that the so-called Republican Guard of the Donetsk People’s Republic will be provided with weapons only if 50% of its structure includes Russian troops," he said.

According to Motuzianyk, NATO Secretary General Jens Stoltenberg has recently spoken about the buildup of the Russian army along the Ukrainian-Russian border.

Motuzianyk said the Russian Federation has already sent more than a thousand pieces of equipment into Ukraine, including modern weapon systems, tanks, artillery pieces and drones.