In violation of the Minsk accords, the enemy deliberately shelled the disengagement site near the town of Zolote, using an 82mm mortar. 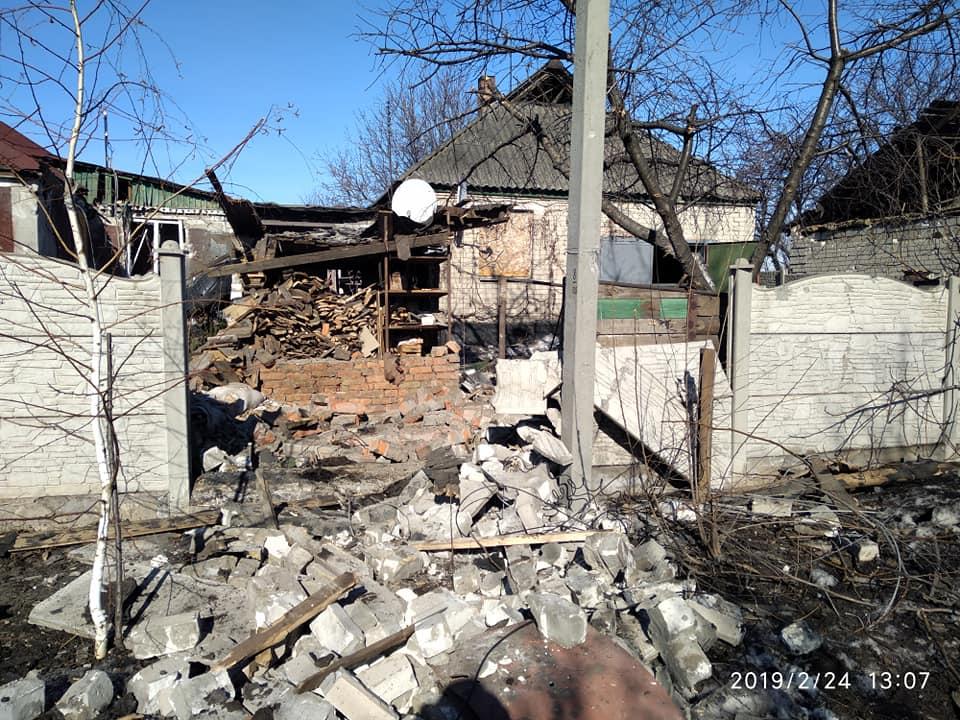 "The armed forces of the Russian Federation and its mercenaries have violated the ceasefire 17 times since the beginning of the current day, October 9. The enemy shelled positions of Joint Forces units, using 122mm artillery systems, 120mm and 82mm mortars proscribed by the Minsk Agreements, as well as grenade launchers of various systems and small arms," the press center of Ukraine's Joint Forces Operation said in an evening update posted on Facebook.

In violation of the Minsk accords, the enemy deliberately shelled the disengagement site near the town of Zolote, using an 82mm mortar.

In the area of responsibility of the Skhid [East] operational-tactical grouping, the enemy fired nine times at the positions of the Joint Forces near the town of Krasnohorivka, and the villages of Pisky, Lebedynske (two attacks), Pyshchevyk, Mykolaivka, Novotroyitske, Novohnativka, and Pavlopil.

Another eight attacks were reported in the Pivnich (North) sector near the towns of Avdiyivka and Zolote (three attacks), and outside the villages of Novoluhanske, Mayorsk, and Krymske (two attacks).

As UNIAN reported earlier, on October 7, activists of the National Corps Party decided to set their own checkpoint near Zolote in Luhansk region during the disengagement of troops.

Leader of the organization Andriy Biletsky said that the Ukrainian government wanted to leave local residents in Zolote, Petrivske, and Stanytsia Luhanska unprotected, to make them "a sacrificial lamb to the 'LPR'" [the self-proclaimed "Luhansk People's Republic"], therefore war veterans who fought in Donbas in 2014 arrived in the east of Ukraine to be present at the checkpoint amid the withdrawal of troops.