The situation in the anti-terrorist operation (ATO) zone has remained tense since Sunday evening. 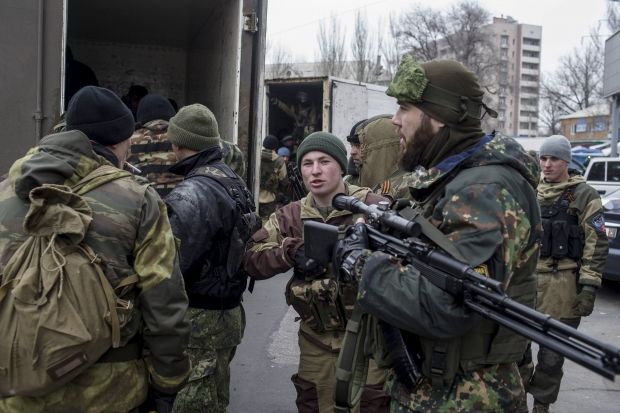 From 1800 Kyiv time on Sunday to midnight on Monday, pro-Russian militants shelled the positions of Ukrainian troops 23 times, the ATO press center reported on Facebook.

What is more, they hit a town in Luhansk region.

"In Donetsk region, militants fired from 120mm-caliber mortars on the ATO forces near the village of Pisky three times and near the town of Avdiyivka twice. The enemy also used 122mm-caliber artillery systems to attack the positions near Avdiyivka twice.

An artillery system of the same caliber was used one time by militants to fire on the Ukrainian positions near the village of Shyrokyne. They also used an 82mm-caliber mortar, machine guns and small arms to attack Ukrainian troops near the villages of Zaitseve and Opytne.

Automatic grenade launchers were also used to shell Ukrainian troops near the village of Sokilnyky.

In addition, militants again shelled civilians: chaotic shelling from a ZU-23-2 anti-aircraft system at 2205 Kyiv time on Sunday hit the town of Schastia.

Over the period under review, the enemy was actively conducting aerial reconnaissance: unmanned aerial vehicles were seen flying 11 times in Donetsk and Luhansk regions, the peak period was from 2100 to 2200 Kyiv time on Sunday.

In addition, Deputy chief of the Ukrainian Interior Ministry's regional branch in Donetsk region Ilya Kiva wrote on his Facebook page on Monday morning that the villages of Hnutove and Shyrokyne were shelled by enemy tanks and mortars 11 times over the night.

"Pisky and Opytne were also shelled by the enemy. There have been no casualties at the mentioned sections of the frontline over the past night," he wrote.