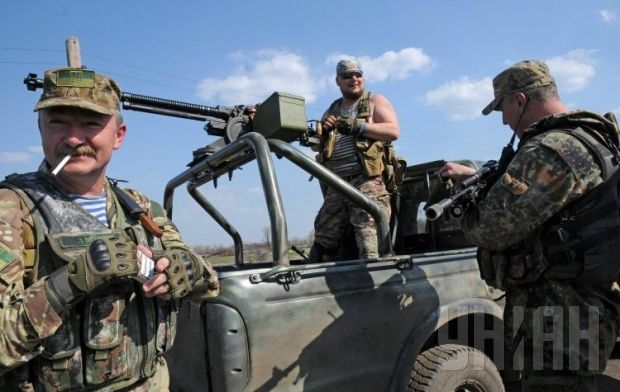 The militants fired 122mm artillery on the positions of the Ukrainian armed forces near Avdiivka and the village of Opytne. They also fired small arms near the villages of Lozove, Luhanske and Troitske, the report said.

"Around midnight, a firefight between the Ukrainian troops and a sabotage and reconnaissance group of the militants took place near the village of Zaitseve. The Ukrainian army fired small arms and repelled a militant group of about 10 people," the report reads.

"During this period, the Ukrainian army recorded six reconnaissance overflights by enemy drones in Donetsk region," the ATO headquarters said.

In the area of Luhansk, the militants fired 82mm mortars three times at a fortified position of the Ukrainian army near the town of Shastya. They also fired anti-aircraft guns, automatic grenade launchers and small arms at the positions of the Ukrainian armed forces near the village of Stanytsia Luhanska.

However, the ATO press center said that there were no cases of shelling of residential areas in this period.