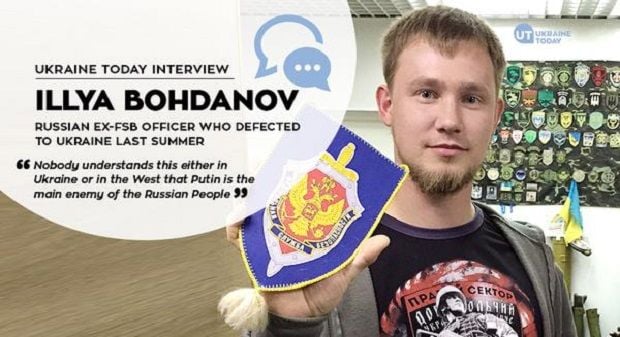 Ukraine Today sits down with a former officer of the Russian state security service (FSB), who defected to Ukraine last summer and joined one of the volunteer battalions to fight against Russian aggression in eastern Ukraine.

Ex-FSB officer Illya Bohdanov tells Ukraine Today that there have already been three attempts by his former employer to retaliate against him for defecting to Ukraine, that he thought he would be killed within a month after coming to eastern Ukraine and that he is happy to have become a Ukrainian citizen.

1. It was important for me to fight against the regime of Vladimir Putin and for Ukraine's freedom

2. Nobody understands this either in Ukraine or in the West that Putin is the main enemy of the Russian people

3. But the Russian fighters, who came to Ukraine deliberately, who are fighting for some ideology – this is the most dangerous enemy. They would like to see the whole world being ruled by this neo-Soviet regime

4. That's why I want to be a citizen of a free country. And for me it's Ukraine.