Such actions prove that the enemy seeks to conceal their activities in the occupied territory. 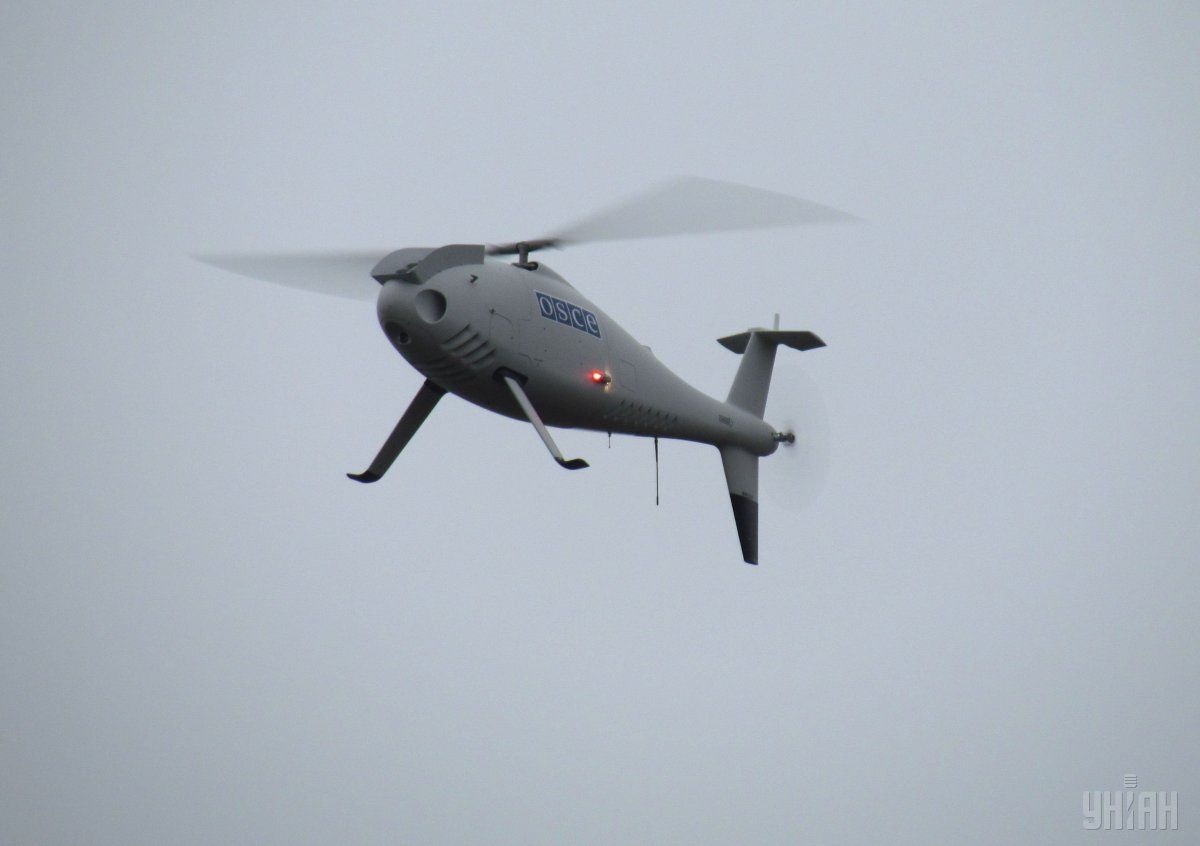 Russian occupation forces in Donbas on Monday, Nov 4, opened fire on an unmanned aerial vehicle of the OSCE Special Monitoring Mission operating in the area of Chermalyk, the press center of the Joint Forces Operation Headquarters wrote on Facebook.

Russian armed groups and their mercenaries in Donbass pursue their intentional efforts to brazenly impede the use of unmanned aerial vehicles by the OSCE SMM, reads the report.

"Today, SMM representatives using a Quadro-type UAV monitored the situation in the area of ​​Chermalyk, Donetsk region. When the UAV crossed the demarcation line and performed its functions in the temporarily occupied territory, at 12:09, the enemy fired eight bursts from automatic weapons in its direction, and five minutes later, another seven bursts," the report said.

Besides, the invaders applied e-warfare tools to jam the UAV navigation systems. To prevent the loss of the UAV, OSCE SMM monitors were forced to land it at the take-off site, in the Chermalyk area.

"Such actions of the Russian armed groups are connected with their intentions to conceal their illegal activities in the temporarily occupied territory of Ukraine," the JFO HQ noted.

As UNIAN reported earlier, observers with the OSCE Special Monitoring Mission stated that since the beginning of 2019, sixteen civilians were killed in hostilities, while 121 sustained wounds and injuries, according to confirmed data.

If you see a spelling error on our site, select it and press Ctrl+Enter
Tags:warDonbasoccupationRussianAggressionOSCEUAVSMM