Russian-backed militants in the Donbas violated the ceasefire 27 times from 1800 to midnight on Monday, according to the report of the ATO press center posted on its Facebook page. 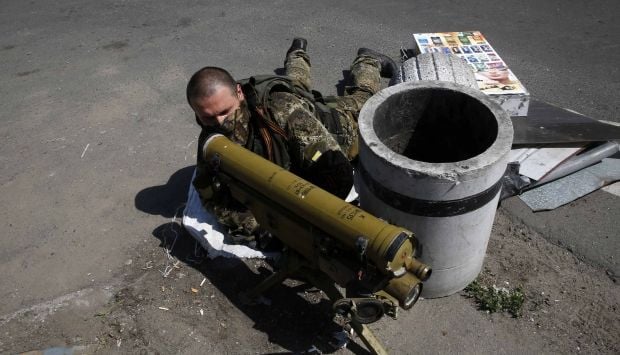 On Monday evening the situation in the zone of the antiterrorist operation remained tense, the press center said.

Moreover, the militants attacked Ukrainian positions near Shyrokino and near the settlements of Opytne, Pisky, and Hranitne with 122mm caliber artillery and tank shells, while at Avdiivka attacks were carried out with automatic weapons, hand grenades and small arms.

In Luhansk region the militants also opened fire using 82mm caliber mortars, attacking the positions of the Ukrainian army near the village Syze.

Military clashes erupted not far from the village of Zolote between the Ukrainian military and a group of militants, with the firefight lasting from 1730 to 1900. Ukrainian troops repelled the attack with sustained fire from small arms, forcing the militants to withdraw.

The press center said there were no cases recorded of the shelling of settlements during this period.