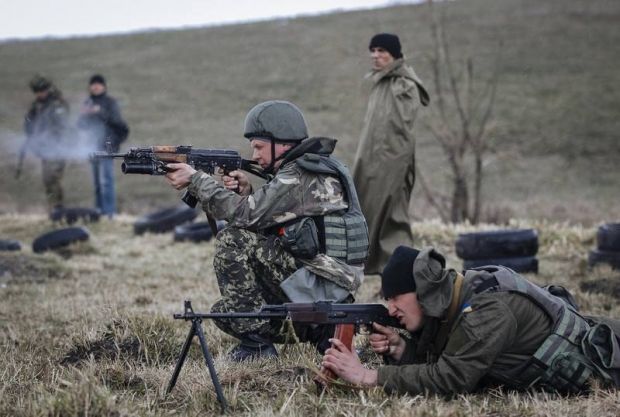 "For 12 hours already in Shyrokyne there has been shelling of our positions,” the report reads.

“Last night, for an hour the position of the Donbas Battalion in the beach area was shot at by a tank. Now there is a firefight going on," the report said.

According to the Donbas Battalion report, the soldiers of the battalion, along with those from the Azov Battalion and units of the Ukrainian armed forces, have successfully held their defensive positions in the village.

The battalion said there had been no casualties among the Ukrainian forces.

It was reported earlier that the Donbas Battalion had brought in reinforcements to help in the defense of Shyrokyne. On Monday, both sides in the Ukraine conflict said the other side had launched an offensive in the area.

The Ukrainian military has frequently reported attacks by Russian-backed militants on the village, sometimes with heavy weapons that the militants should have already withdrawn out of range of the front line under the Minsk peace agreement.

Part of the village contains strategic heights that Ukrainian forces are occupying to block an advance on the southern port city of Mariupol, which lies only 20 kilometers to the west.

The militants have several times threatened that they would launch an offensive to capture the city.