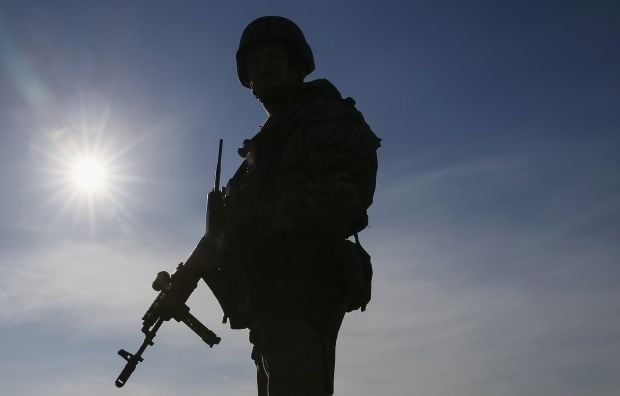 One soldier was killed when a militant sabotage and reconnaissance group attacked a transport of the Ukraine’s 30th Mechanized Brigade with a rocket-propelled grenade, Tsaplienko wrote.

Six other soldiers were wounded in that attack, which occurred at about 1635.

Tsaplienko said the soldiers of the 30th Brigade returned fire and destroyed one of the militants’ vehicles.

In another incident, a sapper from the 30th brigade engineering unit lost both legs in a landmine explosion and later died, despite efforts to save his life, Tsaplienko said.