Russian-backed militants in the Donbas violated the supposed ceasefire in the area 42 times on Tuesday from 1800 to midnight, and used heavy artillery intensively in their attacks on Ukrainian positions, the Ukrainian military said on Wednesday. 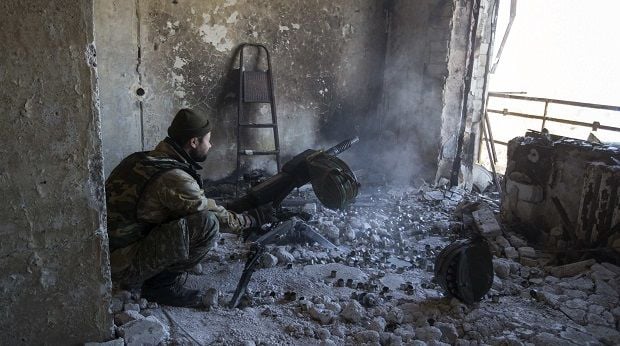 "The Ukrainian military positions near the village of Shyrokyne were shelled by 122mm caliber artillery two times. The militants used the same weapons when launching an attack on [Ukrainian] fortifications near the settlements of Opytne and Vodyanoye," the press service statement reads.

In Luhansk region, the most intensive attacks - with the militants using anti-aircraft guns, automatic grenade launchers and small arms - were launched near the village of Stanitsa-Luhanska.