The practical phase of mine clearance will start November 13. 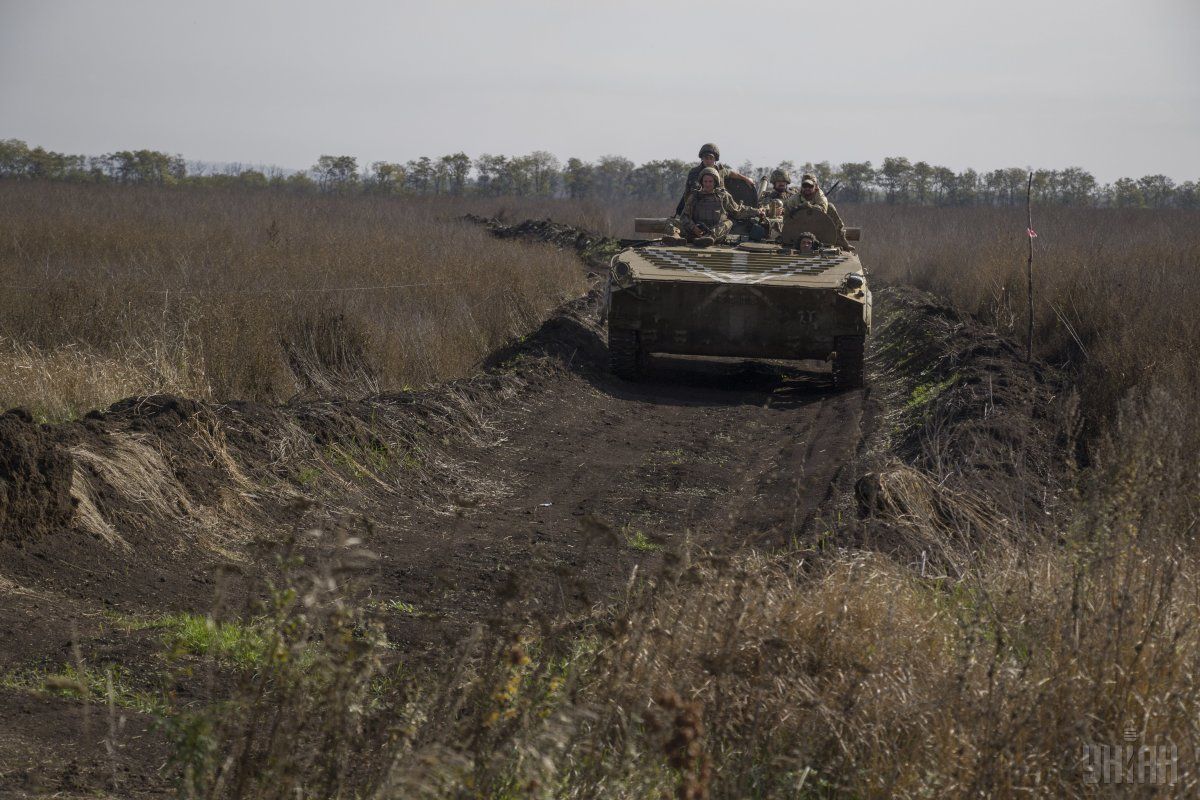 Head of the Joint Forces Operation HQ press center Andriy Ageyev has said the first stage of the disengagement of forces and weapons at the "Bohdanivka-Petrivske" site in Donbas has been completed.

"As part of the implementation of measures for the disengagement at site No. 3 'Bohdanivka-Petrivske,' the third day was completed at 12:00 today, November 12, during which 42 servicemen, 48 small arms and three infantry fighting vehicles changed their tactical position," he told UNIAN.

"Today, from 12:00 to 12:00 the next day, the Ukrainian side will inform the OSCE through the Ministry of Foreign Affairs about the implementation of the first stage of the disengagement of forces and weapons," Ageyev said.

In addition, during the day the OSCE monitors will conduct verification of the measures taken.

"The practical phase of mine clearance will begin the very next day, i.e. tomorrow, November 13, from 12:00 Kyiv time," he added, noting that, according to the OSCE, mirror measures are being taken.

As UNIAN reported earlier, the practical phase of the disengagement of troops and weapons of the Armed Forces of Ukraine and the occupying forces kicked off near Petrivske in Donbas on November 9.

If you see a spelling error on our site, select it and press Ctrl+Enter
Tags:RussiawarDonbasRussianAggressionJFOdisengagement