Afghanistan, Syria, Yemen, and Myanmar are also on the list. 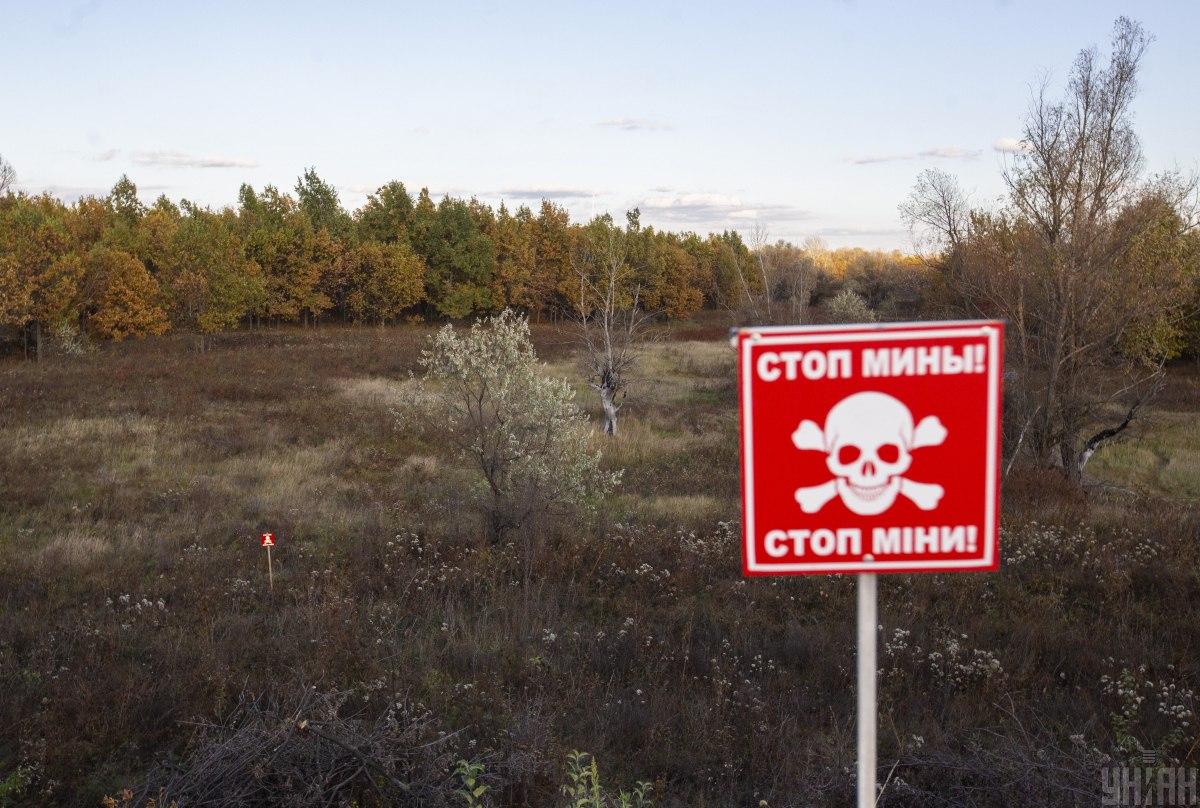 Ukraine ranks fifth among the states with the most recorded mine/explosive remnants of war (ERW) casualties in 2018, according to Landmine Monitor 2019.

"In 2018, the Monitor recorded 6,897 people were killed or injured by mines/ERW [Explosive Remnants of War] – 3,059 people were killed, 3,837 people were injured, and for one casualty the survival status was unknown. The continuing high total was influenced by casualties recorded in countries facing armed conflict and large-scale violence, particularly Afghanistan, Mali, Myanmar, Nigeria, Syria, and Ukraine. Accurate data gathering for active conflicts, however, remains challenging," the report said. 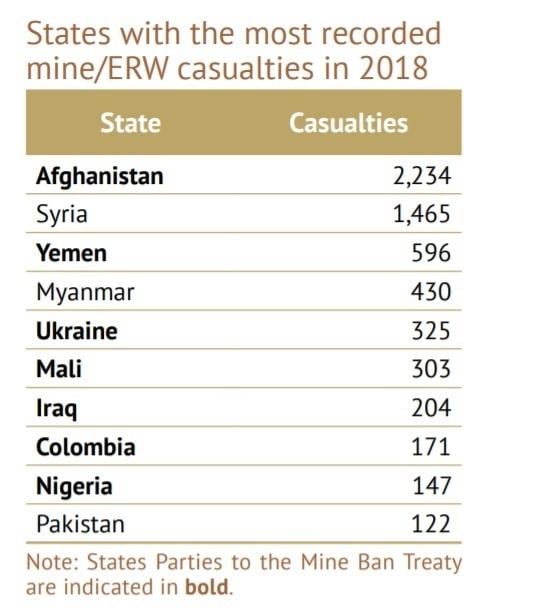 Ukraine currently estimates around 7,000 km² of contaminated land, but this cannot be reliably verified until survey has been conducted.

Read alsoTwelve hectares near Petrivske in Donbas cleared of explosives

According to the document, the vast majority of recorded landmine/ERW casualties were civilians (71%) where their status was known, a slight decrease in the ratio over recent years.

Landmine Monitor 2019, which was presented in Munich, Germany, on November 21, provides a global overview of the landmine situation.

In particular, the authors monitored the compliance of the 1997 Mine Ban Treaty (or "Ottawa Convention") as the best framework for ending the use, production, stockpiling, and transfer of antipersonnel mines and for destroying stockpiles, clearing mined areas, and assisting affected communities.