Russian-backed militants have once again fired heavy weapons on the positions of the Ukrainian armed forces in the Donbas, the press center of the Anti-Terrorist Operation reported on its Facebook page on Tuesday. 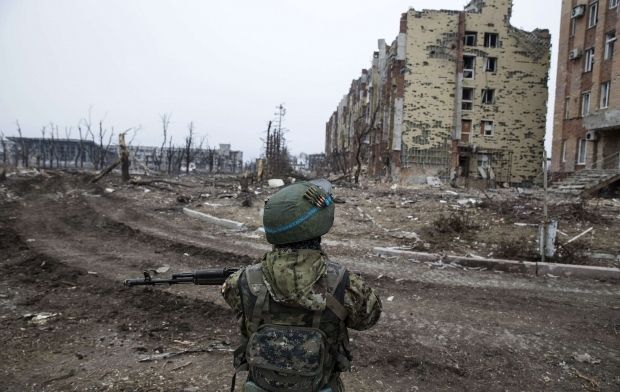 In particular, in the direction of Donetsk the militants fired 120mm mortars on the villages of Opytne, Vodiane and Pisky.

Under the Minsk peace agreement, weapons of a caliber greater than 100mm were supposed to have been withdrawn out of range of the front line weeks ago, but the OSCE has reported violations of this part of the agreement by both sides of the conflict.

"The militants fired from an anti-aircraft gun and a tank on the mine of Butivka. Shells from tanks and 152mm artillery hit the town of Avdiivka. In addition, a sniper was working in the village of Marinka,” the ATO report says.

According to the press center, the militants received the appropriate response and "asked for a ceasefire five times."

In addition, the press center said that a group of ten professionally trained snipers were to arrive in Ukraine from Russia on Tuesday.

As UNIAN reported earlier, on May 10 after 2100 the militants fired anti-aircraft guns, rocket-propelled grenades and mortars on the village of Stanytsia Luhanska from the right bank of the Siverskiy Donets River. After the shelling they began a firefight with the use of automatic weapons. Two Ukrainian soldiers and one civilian were wounded in the militants’ attack.