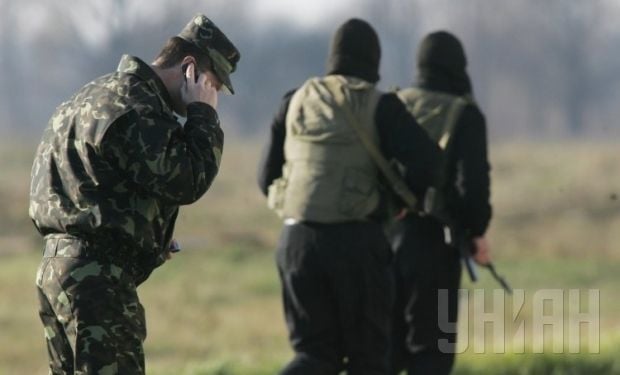 The Verkhovna Rada, Ukraine's parliament on Tuesday adopted at first reading a draft law "On Amendments to Article 143 of the Law of Ukraine, No. 2531 "On the Internal Service of the Armed Forces of Ukraine," submitted by the Cabinet of Ministers.

According to an UNIAN correspondent, the decision was supported by 243 out of the 334 deputies registered in the session hall.

The bill provides that in peacetime the procedure for the storage and use of personal cameras, tape recorders, radios, mobile phones, computers and other household electronic equipment for servicemen on military service will be established by the commander of the military unit.

But servicemen currently on military service would be prohibited under the law from using their mobile phones in the area of the Anti-Terrorist Operation, in an emergency or during the special period in areas of the hostilities.

According to the explanatory note, the bill will ensure there are greater controls over the leaking of information, particularly from the Donbas conflict zone.

In addition, the law aims to counter technical intelligence, and ensure an adequate level of security of information circulating in the communication networks of the security forces and law enforcement agencies of the country, by regulating the use of mobile phones and other mobile communications and information transfer equipment by military personnel in peacetime, in an emergency or during the special period in areas where there are hostilities.