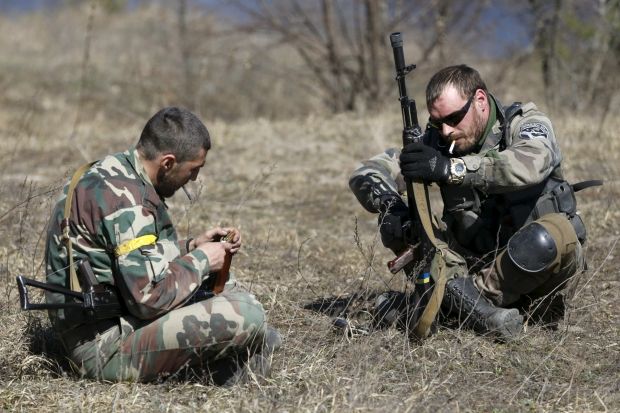 "Over the last day, no Ukrainian soldiers were killed, but ten were injured as a result of military clashes," Lysenko said.

As UNIAN reported earlier, intelligence suggests that the militants have restocked their weapon and ammunition supplies, and they are targeting the positions of the Ukrainian armed forces in order to improve their skills for the next active phase of hostilities.

Many in Ukraine fear a renewed offensive by the combined Russian-militant forces in the east of Ukraine, with the city of Mariupol seen as a likely target.

Ukrainian military sources have reported a build-up of troops and tanks in militant-held areas, and fighting has continued in several hotspots along the front line, despite a ceasefire having been supposed to have come into effect on February 15.