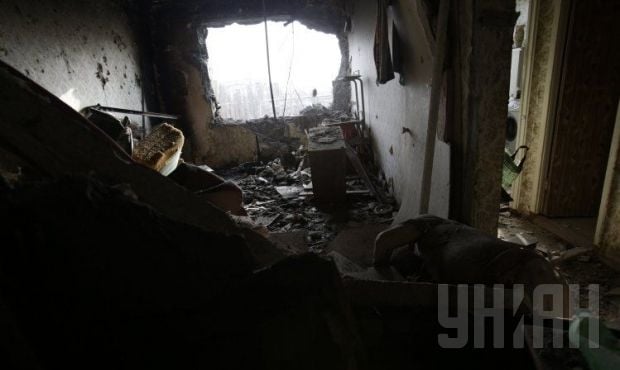 "The militants fired artillery and mortars of various calibers, machine guns and other weapons on the villages of Opytne, Avdiivka, Pisky, the mine of Butivka, Karlivka, and Starohnativka," the report says.

Near Luhansk, the militants fired propelled grenades and small arms on the villages of Shastya, Triokhizbenka, Sokolnyky and Stanytsia Luhanska.

In addition, the militants again fired small arms, grenade launchers and sniper rifles on the village of Shyrokyne.

"In the area of Artemivsk, the militants fired heavy machine guns on the villages of Kirovske and Leninske," the report reads.

"During this period, the Ukrainian army recorded reconnaissance overflights by enemy drones in the villages of Manhush, Shyrokyne, Chermalyk and Yalta," the ATO headquarters said.

As UNIAN reported earlier, on Thursday afternoon a teenager was wounded when militants fired mortars on the town of Avdiivka.