Only 14.6% of Ukrainians agree to special status to Russia-controlled 'DPR'/'LPR' – poll

Every third Ukrainian thinks that more pressure and sanctions are needed to stop Russian aggression against Ukraine. 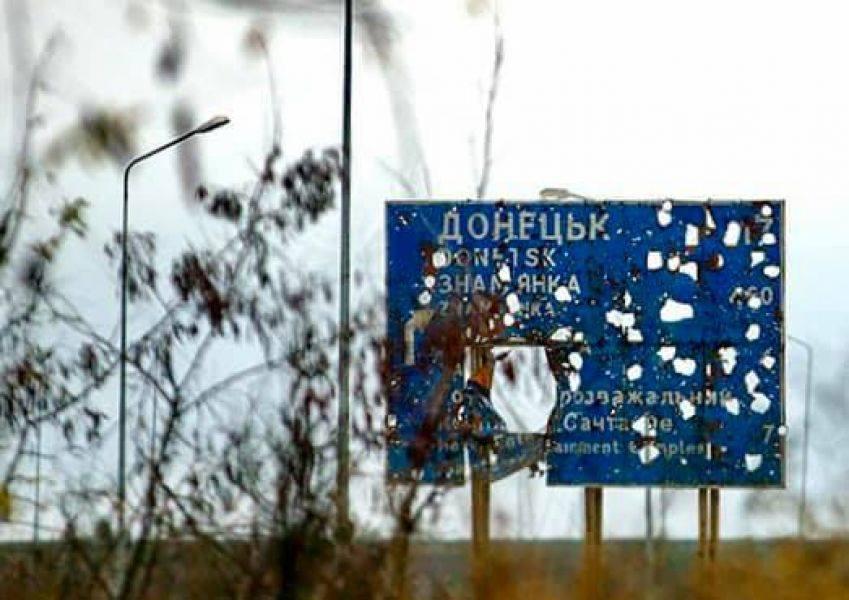 These are findings of a nationwide public opinion poll conducted by the Democratic Initiatives Foundation named after Ilko Kucheriv together with Kyiv International Institute of Sociology (KIIS) from November 4 to November 19, 2019.

The results of the poll were presented at a press conference, according to an UNIAN correspondent.

In particular, Ukrainians were asked what decisions should be made to establish peace in Donbas.

Thus, 32.3% of respondents said that Russia should be forced to stop interference in the Donbas conflict by strengthening international sanctions, putting more international pressure on Russia, while 32.1% suggested it was necessary to bring life back to normal in Ukrainian-controlled districts in Donbas.

Also, 9.9% of pollees supported a halt to financing by Ukraine of the territories occupied by the "DPR"/"LPR" (the payment of pensions, salaries, etc.); 9.8% spoke up for making Russian a second national language.

Some 8.4% were in favor of restoration of Ukraine's military control over the territories controlled by the "DPR"/"LPR;" and 7.4% wanted local elections to be held in the occupied districts.

Also, 5.9% of those polled supported a split-up of the territories that are currently occupied by the "DPR"/"LPR" from Ukraine; 4.4% backed the introduction of a federal administrative system in Ukraine; 3.9% favored an amnesty for all those who took part in hostilities in Donbas. Some 3.4% rejected prospects for NATO membership and said they wanted Ukraine's neutral status to be sealed in the Constitution. Another 1.5% supported other options, and 21.8% found it difficult to answer.

*** The survey was conducted in 110 towns and cities in all regions of Ukraine, except the Autonomous Republic of Crimea and Russia-occupied districts in Donetsk and Luhansk regions. Some 2,041 questionnaires were collected. The margin of error does not exceed 2.3%.

If you see a spelling error on our site, select it and press Ctrl+Enter
Tags:RussiaDonbasUkrainepollDPR/LPRspecialstatus