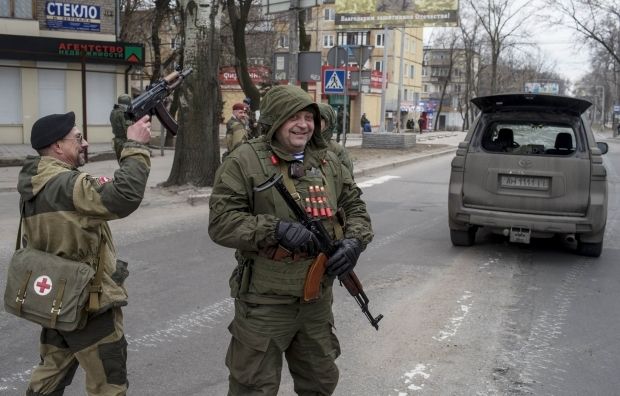 Monitors from the Ukrainian group of the Joint Center on Control and Coordination of issues related to the ceasefire regime and the stabilization of the situation in Donbas continue recording attacks by illegal armed groups on villages and towns in the east of Ukraine, the anti-terrorist operation's (ATO) press center reported.

In the early hours on Saturday, May 16, "militants from certain parts of Luhansk region shelled the residential area in the village of Zolote-4 in Popasna district. According to monitors, the militants fired fragmentation grenades five times from a SPG-9 grenade launcher [a Soviet-developed tripod-mounted man-portable, 73mm-calibre recoilless gun]. No casualties have been reported," the report said.

According to the ATO press center, the nature and disposition of craters from grenades suggest that they were fired from the village of Molodizhne in Luhansk region.