The Ukrainian side to the Joint Control and Coordination Center requires that the occupation administration withdraw militants from the disengagement area. 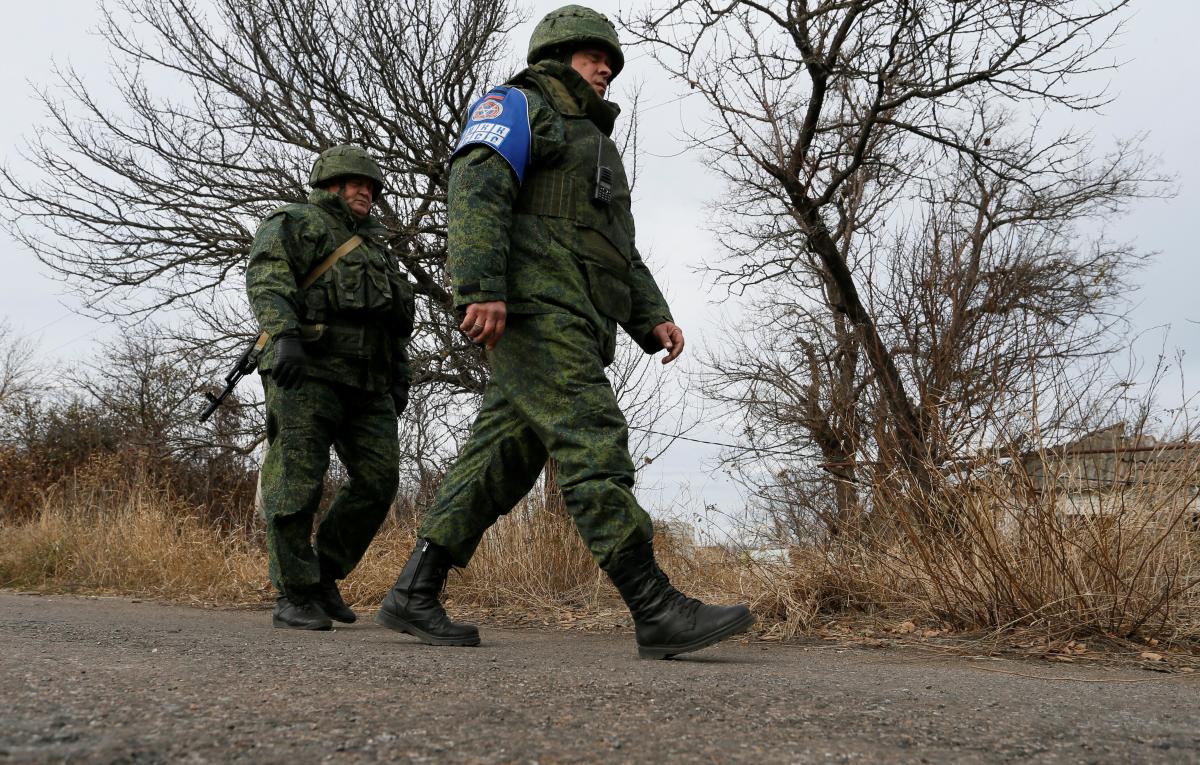 Ukrainian members of the Joint Control and Coordination Center (JCCC) in Donbas have recorded the presence of militants sporting "JCCC" armbands in the area of the disengagement of forces and weapons near the village of Stanytsia Luhanska.

"In disengagement area No. 3 (Stanytsia Luhanska), the presence of representatives of the [illegal] armed formations wearing Russian-style camouflaged uniform and 'JCCC [written in two languages]' armbands has been recorded. The indicated insignia are not used by the JCCC," the press center of Ukraine's Joint Forces Operation (JFO) wrote on Facebook on December 10.

According to the Framework Decision on disengagement of forces and hardware in Donbas, the Armed Forces of Ukraine, as well as representatives of the armed formations in certain areas in Donetsk and Luhansk regions shall under no circumstances enter the disengagement areas. Only JCCC officers are allowed access, the Ukrainian side to the JCCC said.

"The presence at the disengagement site of persons posing as representatives of the JCCC violates Minsk agreements that were implemented in the Framework Decision of the Trilateral Contact Group (TCG) relating to the disengagement of forces and hardware," the Ukrainian side to the JCCC wrote.

The JCCC was established by Ukraine and Russia in September 2014. The JCCC included officers from the Armed Forces of Ukraine and Russia, deployed in certain sectors in Luhansk and Donetsk regions. In December 2017, Russian officers unilaterally ceased their participation in the JCCC and left Ukraine.

"There are no representatives of the so-called 'DPR' and 'LPR' ['Donetsk and Luhansk People's Republics'] within the JCCC," the report said.

The Ukrainian side to the JCCC "requires that the occupation administration of the Russian Federation in Luhansk region remove the said representatives of the armed formations from the disengagement area."

If you see a spelling error on our site, select it and press Ctrl+Enter
Tags:warDonbasconflictMinskAgreementsJCCCviolationsdisengagement