Two civil volunteers and two National Guard servicemen were killed in a landmine blast on Sunday afternoon when they were riding in a military Hunter SUV along an unpaved road near the town of Popasna towards the village of Troitske in Luhansk region. Another volunteer was severely wounded. 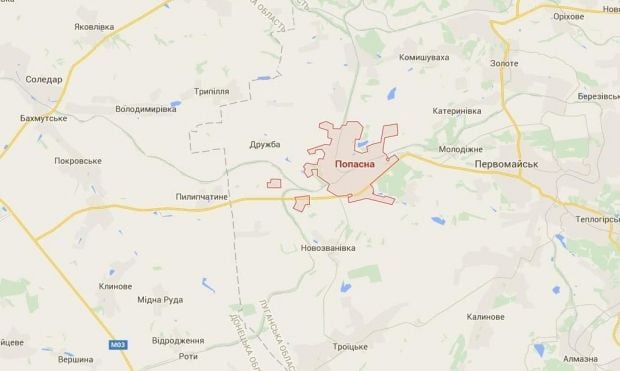 Four people were killed in a landmine blast in Donbas on Sunday / google.com

One of the servicemen was a colonel who worked as a deputy of a unit commander for logistics, representative of the General Staff of the Armed Forces of Ukraine Vladyslav Selezniov said on the air on Channel 5 on Sunday.

"An UAZ Hunter SUV was going on a certain route this afternoon. There were two Ukrainian servicemen on board, one of them was in the rank of colonel, he was a deputy commander for logistics. There were three volunteers with them. We're now trying to find out which route and which mission that vehicle was running with. A landmine exploded when the SUV moved over it, going along an unpaved road near the town of Popasna. Two Ukrainian servicemen and two civil volunteers were killed in the blast. The third volunteer with severe burns (about 80% of total body surface area, according to doctors) is in hospital now. The doctors are fighting for his life," Selezniov said.