Tymchuk: ATO forces repel militants’ attacks in area of Troitske and near coast

Russian-backed militants attacked one of the positions of Ukraine’s troops near the village of Troitske using three BMP-2 infantry combat vehicles supported by fire from an AGS-17 automatic grenade launcher, the head of Information Resistance Group, MP Dmytro Tymchuk, wrote on his Facebook page on Monday. 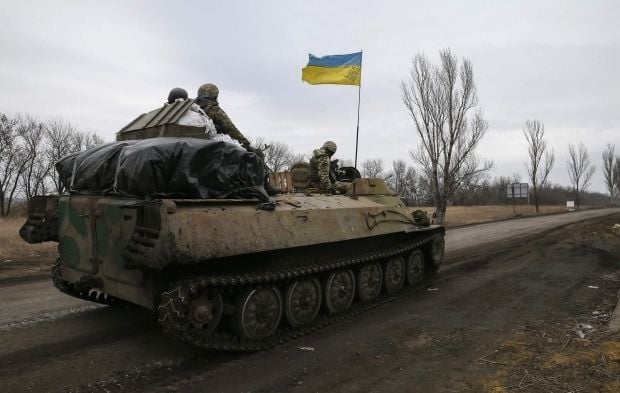 Towards the coast, militants were trying to oust Ukrainian soldiers from their positions. Their attacks were repulsed with a return fire from small arms, Tymchuk said.

"With the help of heavy machine gun fire, the militants were trying to prevent Ukrainian forces getting into firing positions for antitank missiles (ATGM) to counter attacking militant tactical groups. After taking return fire, the militants’ armored group retreated quickly along the left flank," Tymchuk wrote.

The activity of an armored group of Russian-backed forces was also observed between the settlements Marinka and Shumy, he said.

Near the coast, in the area of the settlements of Chermalyk and Pavlopol, clashes occurred between the advanced units of Ukrainian troops and a militant infantry group. The militants tried to oust Ukrainian soldiers from their positions. The militant attacks were repulsed with Ukrainian return fire from small arms.

In the area of ​​the settlement Svitlodarsk, Krymske, Donetske and Shastya there were reports of short skirmishes, resulting from tactical movement (rearrangement) of the opposing forces and front line forces, as well as the activities of sabotage-reconnaissance and raiding groups.