Militants trying to break through Ukrainian lines in some areas - Tymchuk

A Russian-backed militant sabotage-reconnaissance group has been observed by combat security of the ATO forces in the area of Troitske settlement trying to penetrate the front line, head of Information the Resistance Group MP Dmytro Tymchuk wrote on his page on Facebook on Tuesday. 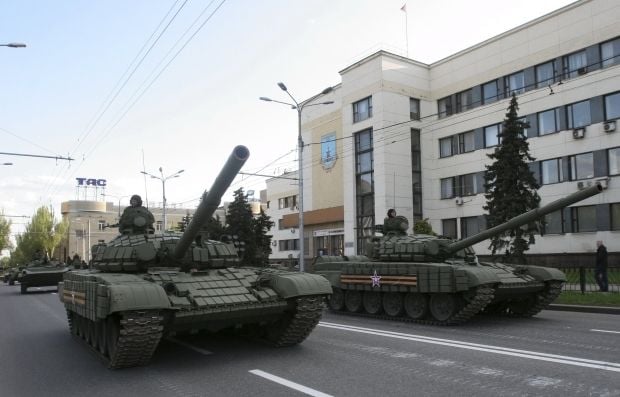 Near Novotoshkivske-Krymske, as well as near Shastya and Stanitsa-Luhanska, militant sabotage and reconnaissance groups are continuing to operate actively, supported by intense fire from mortar and artillery units, Tymchuk said.

"Also, the command of the Russian-terrorist forces has not abandoned its attempts to make a breakthrough on the right flank of the [combat] area. All active steps of the militias are halted by return fire from ATO forces," Tymchuk wrote.

In the area of Hranitne, there is increasing movement of militant groups at the front. Also in this area there have been several attacks on the positions of Ukrainian troops (mostly with mortars and small arms) in order to cover the regrouping of forces, Tymchuk said.