Russian-backed militants have fired tank rounds, artillery shells, mortars, grenade launchers, heavy machine guns and other weapons on the positions of the Ukrainian Armed forces and residential areas since yesterday evening, the press service of the Anti-Terrorist Operation reported on Facebook page on Wednesday. 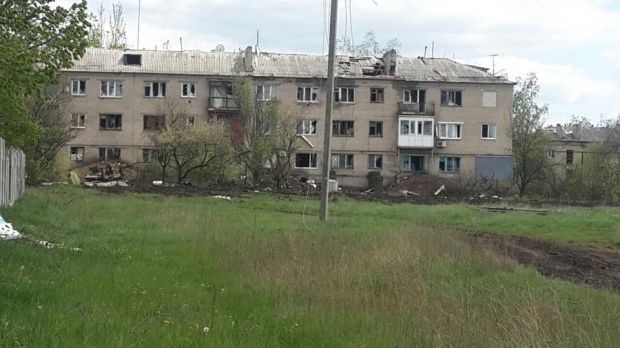 "In the area of the town of Avdiivka, the militants repeatedly fired different types of weapons on the villages of Zolote, Kirove, Katerynivka, Leninske and the towns of Popasna and Maiorsk," the report says.

In the area of Donetsk, the militants fired mortars of a caliber greater than 100mm and artillery, both banned under the Minsk peace agreement, on the villages of Verkhniotoretske, Pisky, the mine of Butivka, Novolaspa.

"The militants also fired from a tank on the villages of Opytne and Pisky. Around midnight, they fired 120mm mortars on the village of Pisky, using incendiary munitions," the press service said.

It also reported that in the area of Mariupol, the militants, as well as on previous days, continued to fire on the village of Shyrokyne. They used tanks, mortars, and rocket-propelled grenades. Snipers were also at work there.

In addition to the village of Shastya, the militants fired on the villages of Hranitne, Katerynivka and the town of Popasna in the last day.