The man died on the way to a hospital. 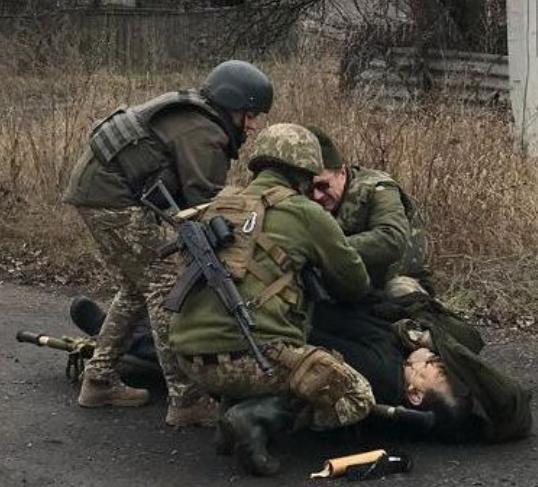 A resident of the town of Maryinka in Donbas, eastern Ukraine, has been shot dead by the armed forces of the self-proclaimed "Donetsk People's Republic" ("DPR").

"At about 12:00 today, a civilian in the town of Maryinka was wounded from a rifle amid fire opened by Russian armed formations," the press center of the Joint Forces Operation Headquarters (JFO HQ) said on Facebook on December 18.

The military personnel quickly organized the evacuation of the wounded from under dense enemy fire in the shelling area.

"However, unfortunately, it was not possible to save the man, he died on the way to a hospital," the JFO HQ said.

If you see a spelling error on our site, select it and press Ctrl+Enter
Tags:DonbasUkraineDPRdeathRussianAggressionMaryinkaresidentsJFO