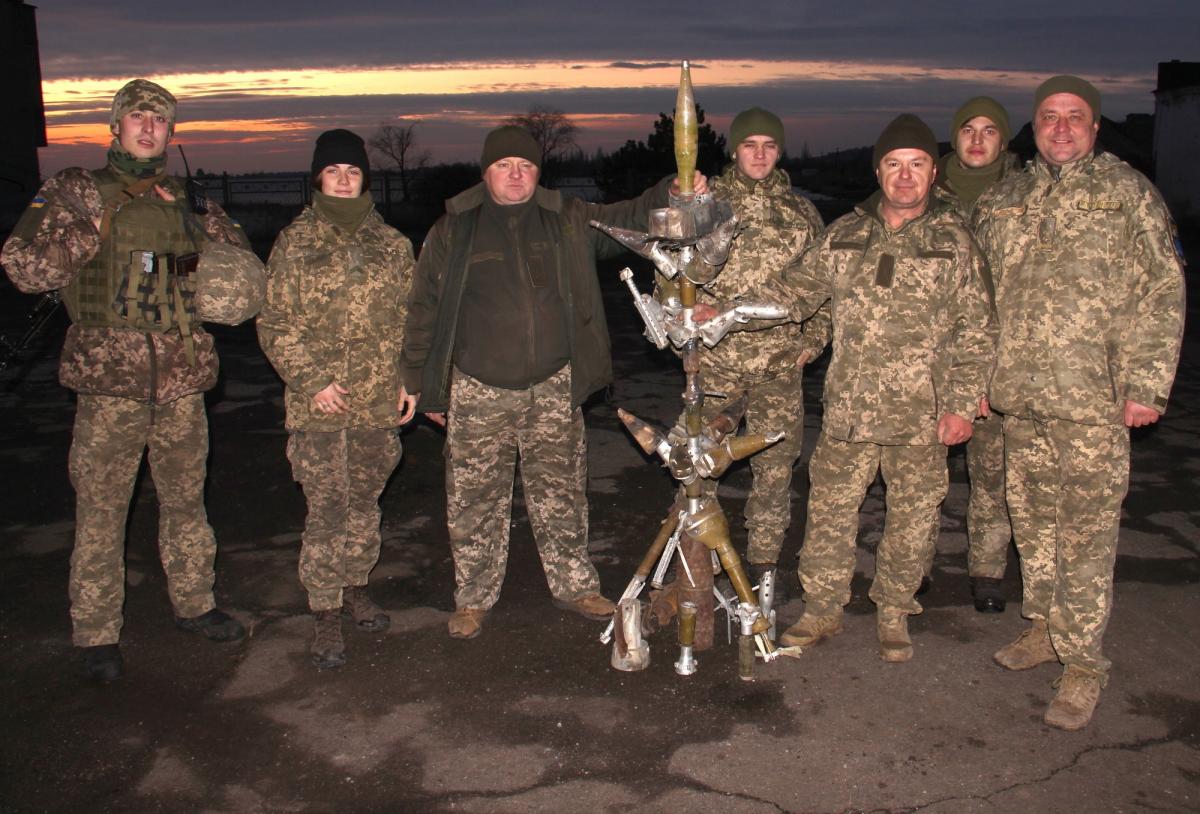 The Ukrainian military defending the strategic port city of Mariupol on the Sea of Azov have assembled an impromptu "Christmas tree" of mines, shells, and grenades, launched by the enemy over the past period.

That's according to the Joint Forces Operation press center.

The 2-meter high decoration was made of ammunition, proscribed by Minsk agreements. It took under half an hour to assemble it, one of the senior officers at the military unit said, adding that in under 5 hours, it would be possible to make a tree as high as 10 meters.

The officer says the Ukrainian troops are ready to hand this "New Year's gift" to the invaders "in any way" offered at any location along the front line.

As UNIAN reported, over the past day, December 25, Russian occupation forces violated the ceasefire 12 times.

No casualties were reported among the Ukrainian military on Wednesday.