The condition of Aidar Battalion fighter Serhiy Schehlov's health is described as 'satisfactory.' 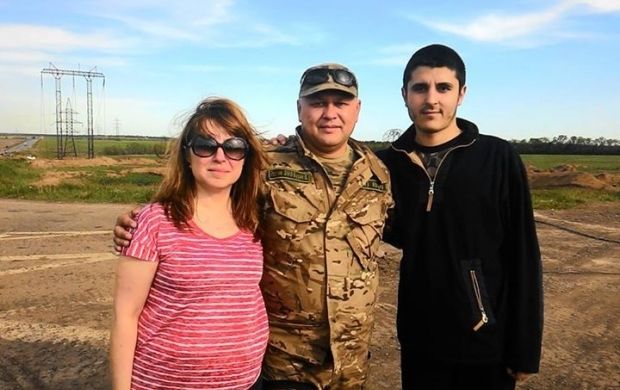 One more Ukrainian prisoner of war has been released from militant captivity / Photo from facebook.com/Budik.v.v

One more Ukrainian prisoner of war – Aidar Battalion fighter Serhiy Schehlov – has been released from militant captivity, according to Vasyl Budyk, an adviser to the Deputy Minister of Defense of Ukraine.

Schehlov has been held captive for seven months, Budyk told Channel 5 over the phone.

Schehlov's mother was meeting him at a roadblock after he had been freed.

The condition of his health is described as 'satisfactory.'

The correct name of the freed Aidar Battalion figher was later specified by Budyk on his Facebook page.

As UNIAN reported earlier, Commander of the 90th Assault Battalion of the 81st Brigade of the Armed Forces of Ukraine Oleh Kuzminykh, who was captured by Russian-backed militants on January 20, 2015, when he was defending the Donetsk airport, was released from captivity on May 22, 2015.

According to Ukrainian President Petro Poroshenko, work is under way to facilitate the release of Ukrainian prisoners of war.