Law enforcers are working to find out why the perpetrator was transporting the explosives into the government-controlled territories. 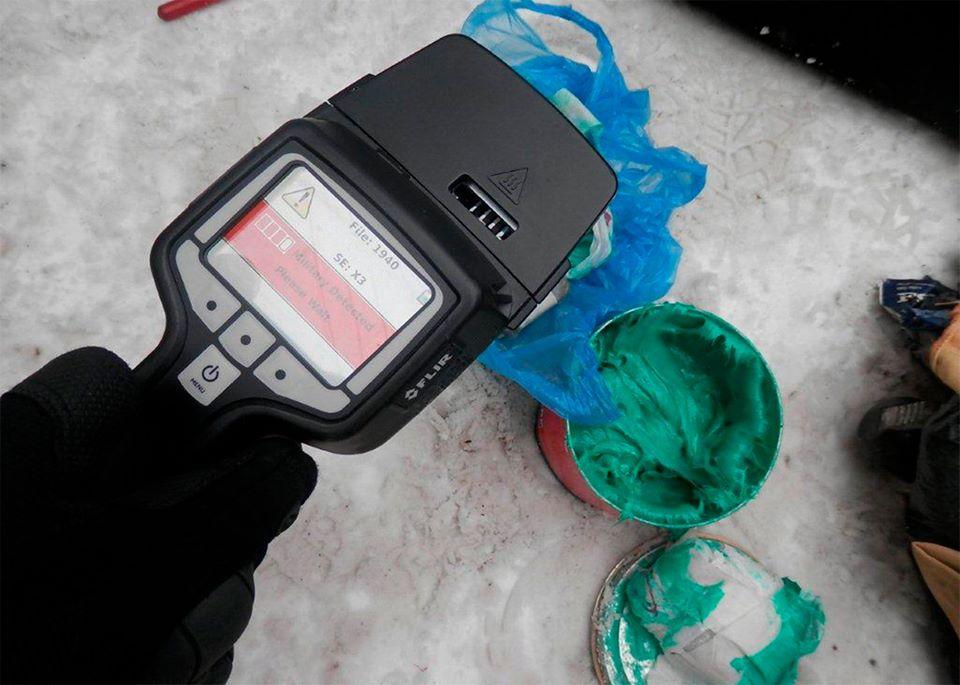 A man who was trying to smuggle explosives from the occupied areas has been detained at the Mayorsk checkpoint at the Donbas contact line.

"Yesterday, as part of measures to counter the smuggling of banned items and material across the contact line, due to effective actions of border guards and SBU Security Service operatives, an attempt to smuggle C4 explosives from the temporarily occupied territory of Ukraine was thwarted at the Mayorsk checkpoint," the press center of Ukraine's Joint Forces Operation Headquarters said on Facebook.

During a thorough inspection of a motor vehicle driven by a 39-year-old citizen of Ukraine, border guards and SBU operatives who are part of the Joint Forces, found in the luggage compartment two packages with dark brown substance (supposedly a C4 explosive) in them, weighing about 740 grams, which were concealed in a car paint can.

Investigative actions are underway. The driver has been detained.

Law enforcers are working to find out why the perpetrator was transporting the explosives into the government-controlled territories.

"It is possible that in this way Russian-backed mercenaries feed the soil for possible terrorist acts," the JFO HQ said.

If you see a spelling error on our site, select it and press Ctrl+Enter
Tags:DonbasRussianAggressionterrorismarrestexplosives