"Witness for The Hague": Guard of MH17 crash site detained in Donbas (Photo)

The criminal activity of the man was confirmed by photos from his page on a social network. 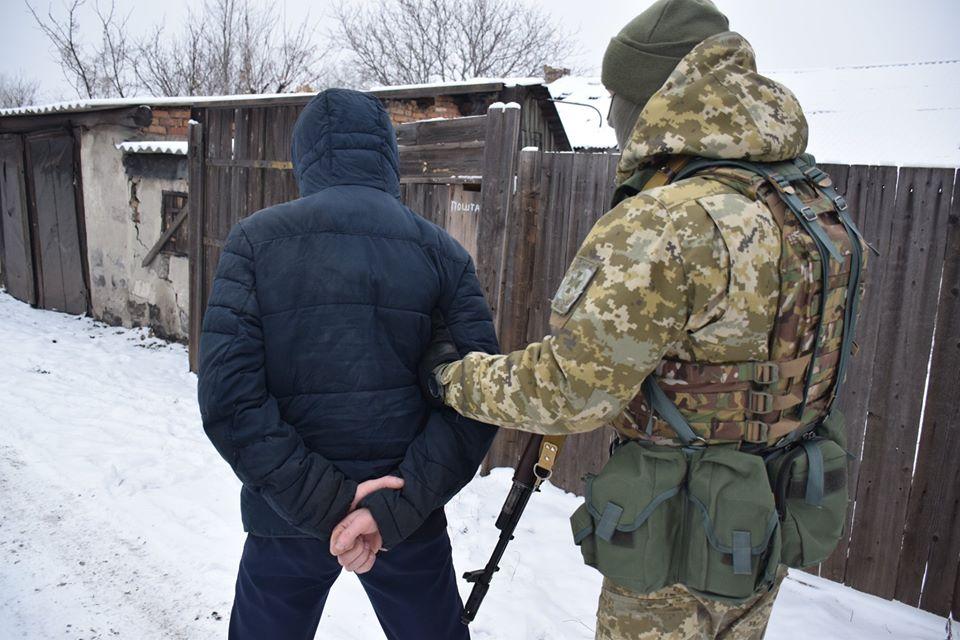 A man who allegedly guarded the crash site and the wreckage of Malaysian Airlines airliner flight MH17, shot down by the Russians from the skies over eastern Ukraine in 2014, has been detained by the Ukrainian border guards in Donetsk region.

The detainee, who is a Ukraine national born in 1994, was arrested on a tip, the press center of Ukraine's Joint Forces Operation Headquarters wrote on Facebook.

"During an interrogation of the detainee, law enforcement officers found that in the second half of 2014, in the midst of hostilities in Donbas, he served with one of the militarized armed units. He performed the tasks of Russian supervisors at illegal checkpoints set up in the Shakhtarsk district of Donetsk region, where he repeatedly witnessed crimes and harassment of civilians," reads the report.

"In addition, he gathered and handed over to terrorists plane fragments and personal belongings of the victims for a monetary reward of RUB 500 to RUB 1,500. During this time, he repeatedly observed the presence at the crash site of Russian military personnel, engaged in general control and management of all actions of armed groups," the JFO HQ said.

Read alsoRussian TV propagandist Ernst on fake MH17 footage: "We made a mistake"

The detainee's illegal activity has been confirmed by photos from his page on a social network, where he is seen sporting military uniform holding a weapon in front of the MH17 debris.

The detainee was handed over to the police. Criminal proceedings were initiated under Part 2 of Article 260 of the Criminal Code of Ukraine (creation of armed groups not prescribed by law or participation in their activities). The man may face imprisonment for up to eight years.

On June 19, 2019, JIT investigators accused four Russia-controlled military intelligence officers of involvement in a missile attack that shot down MH17. The first four suspects in the MH17 case are Russian terrorist Igor Girkin (AKA "Strelkov"), who in the summer of 2014 was the so-called "Minister of Defense of the Donetsk People's Republic" ("DPR"); Russian General Sergei Dubinsky (nom de guerre "Khmuryi"), who led the "DPR intelligence;" Oleg Pulatov (nom de guerre "Gyurza"), who in 2014 headed "the 2nd division of the GRU of the DPR;" as well as Leonid Kharchenko (nom de guerre "Krot"), who was a leader of the "reconnaissance battalion" of Russia-led forces.

If you see a spelling error on our site, select it and press Ctrl+Enter
Tags:RussiaDonbastrialRussianAggressionMH17witness