One soldier killed, another injured by grenade tripwire trap in Luhansk region

One soldier of the Armed Forces of Ukraine has been killed and the other hospitalized with serious shrapnel wounds after setting off a hand-grenade booby trap in Luhansk region. 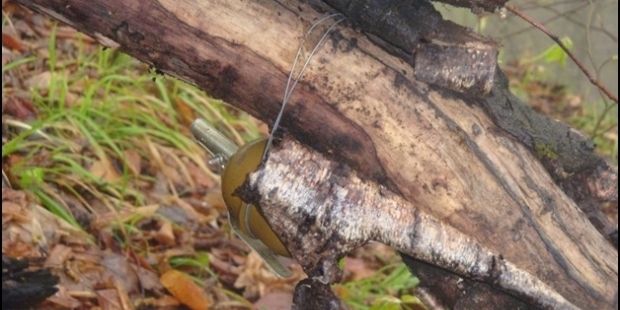 According to the press office of the Chairman of Luhansk regional military and civilian administration Gennadiy Moskal, over the last few days fighting has occurred at several "hot spots" along the parts of the demarcation line that pass through Luhansk region.

On Wednesday at about 1500 on the outskirts of Stanitsa Luhanska, two Ukrainian soldiers who were on a combat mission near the banks of the Seversky Donets river hit a tripwire with a grenade. One soldier was killed, and the other received serious shrapnel wounds and is in a military hospital now.

In addition, fighters from Vesela Gora repeatedly attacked the town of Shastya with rocket-propelled grenades and mortars (as previously reported, as a result of a direct shell hit on an open switchboard, part of the area remained without electricity until morning).

In the village of Troitske (Popasna region near Debaltseve) electricity transmission lines were damaged due to shelling from direction of militant-occupied Kalinovo. As of this morning, half of the village, which is supplied with power from Donetsk region, has been left without electricity, and the repair crews are trying to repair the damage.

On the outskirts of Krymske, as well as in Popasna, there have been reports of occasional localized clashes with automatic weapons. Neither of the settlements have been hit, and no casualties have been reported.