Militants fire on Ukrainian army in all areas of front overnight

Russian-backed militants fired on the positions of the Ukrainian armed forces in all areas of the front line from Monday evening until Tuesday morning, the press center of the Anti-Terrorist Operation reported on Facebook page on Tuesday. 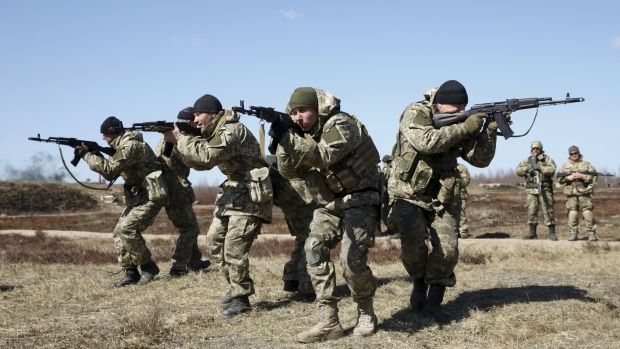 "In the area of Donetsk the militants fired mortars and 100mm artillery on the villages of Pisky, the mine of Butivka, Marinka, Opytne and Vodiane," the report reads.

"In the area of Mariupol, the militants fired banned mortars and artillery, as well as rocket-propelled grenades and small arms on the village of Shyrokyne. However, it was rather quiet there after 2100 and until morning," the report says.

In addition, it was almost quiet in the area of Luhansk. The militants broke the ceasefire twice, firing small arms on the towns of Shastya and Zolote.

"During this period, the Ukrainian army recorded 15 reconnaissance overflights by enemy drones in the areas of Mariupol and Luhansk," the ATO headquarters said.