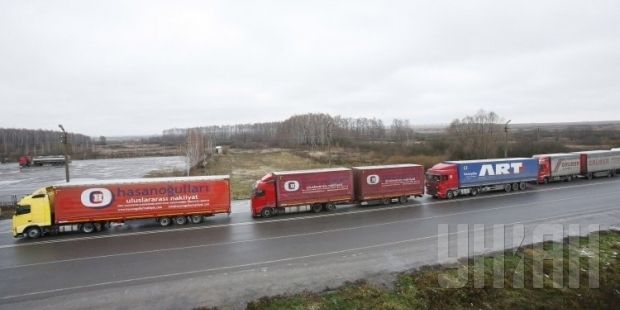 "The practice of Governor of Luhansk Region Hennadiy Moskal, who stopped any transport traffic with the occupied territories, is recognized to be correct, and it should be extended to the [occupied] territory of Donetsk region," Lutsenko said.

Lutsenko also called for the need to establish an economic blockade of the occupied territories.

"The logic is simple: either the Russian Federation withdraws its terrorist groups and equipment and allows Ukraine to establish control over the state border, or we will temporarily conduct a blockade on the inside of the demarcation line," he said.

In addition, he said that the middle class should leave the occupied territories and be given micro-credits in Ukraine in order to start a business and create new jobs, and the local authorities of the civilian administrations should receive funds for the restoration of infrastructure and construction of new housing for refugees.

Lutsenko also stressed the need to deploy an effective pro-Ukrainian campaign in the media and social networks in Ukraine and the whole world.

As reported earlier, on May 12, Chairman of Luhansk Regional State Administration Hennadiy Moskal banned travel from militant-controlled territory into the parts of Luhansk region controlled by the Ukrainian authorities using documents issued by the Luhansk and Donetsk Peoples’ Republics militant organizations. The ban doesn’t apply to cyclists, pedestrians, and vehicles belonging to international humanitarian organizations.