OSCE monitors were also denied access to their camera near Petrivske. 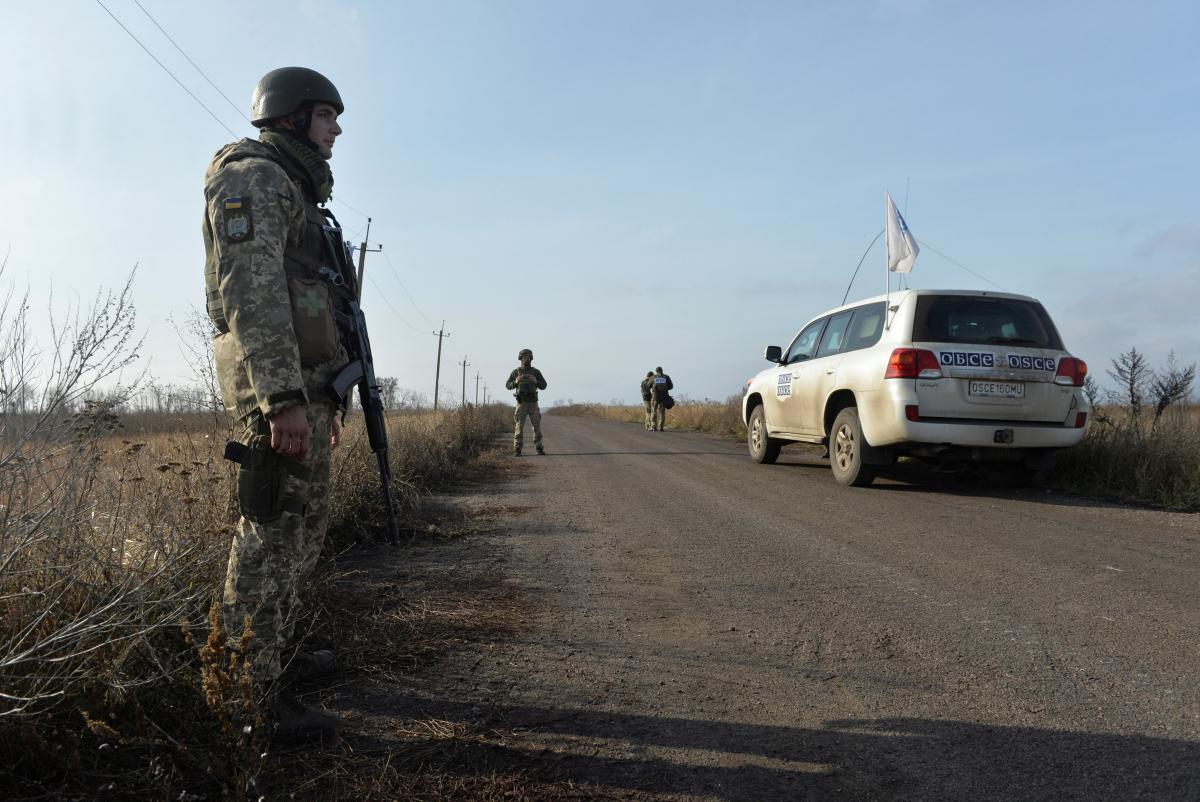 Ukrainian members of the Joint Center for the Control and Coordination (JCCC) of Ceasefire and Stabilization in Donbas, eastern Ukraine, have reported new cases when Russia-led forces have restricted the freedom of movement of patrols of the OSCE Special Monitoring Mission (SMM) to Ukraine in the Russia-occupied districts.

"In their daily report dated January 25, 2020, the OSCE SMM informs that the mission's patrols were denied access to temporarily occupied territory at checkpoints near the settlements of Starolaspa, Zaichenko, Prymorske and Sosnivske," the Ukrainian side said in a statement posted by the press center of the Joint Forces Operation on Facebook on January 26.

"For the fifth consecutive day, members of the armed groups of the Russian Federation have been restricting mission monitors' access to an SMM camera close to the site of the withdrawal of forces and weapons near the village of Petrivske," it said.

As the OSCE SMM said in its January 25 report, the SMM's freedom of movement continued to be restricted, including at five checkpoints of the armed formations in southern Donetsk region and close to two border crossing points in non-government-controlled areas of Luhansk region.

In particular, on January 24, at a checkpoint about 3km north of Petrivske, an armed member of the armed formations again denied the SMM passage south towards the settlement, hindering the mission's monitoring of the area and access to its camera.