Militants fire on three roadblocks and checkpoint in Donbas, one soldier wounded

Russian-backed militants have fired on the Hnutove checkpoint and another three roadblocks, as a result of which one border guard was injured, the press service of the State Border Service reported on Wednesday, according to an UNIAN correspondent. 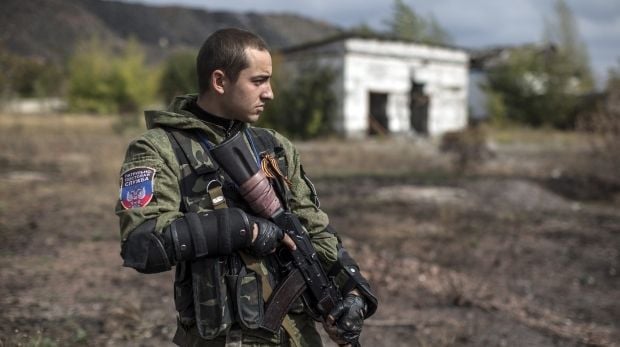 "In the area of the village of Novoazovsk, the militants fired mortars on the Hnutove checkpoint. Passage [through the checkpoint] was temporarily stopped during the shelling," the report says.

"In addition, the militants fired mortars and small arms on the Berezove, Zolote and Maiorske checkpoints. Ukrainian soldiers opened fire and forced them to retreat. As a result of firing and shelling at the Berezove checkpoint, one border guard was lightly wounded," the press service said.

"The Buhas checkpoint was also temporarily closed due to four unexploded shells being discovered after the attacks in this area," the report reads.